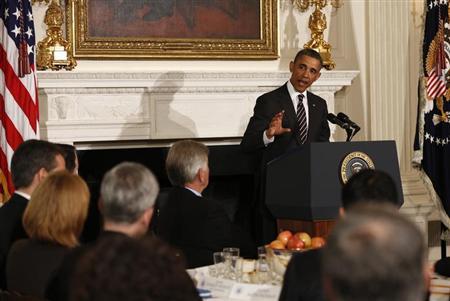 A senior adviser to President Barack Obama said the White House will soon renew efforts to push cybersecurity legislation through Congress, though he foresaw an uphill battle given the failure of the last attempt.

Daniel said the White House has begun drafting “key legislative principles” for a new bill that it believes can pass both the House and Senate this time.

“We very much want a bill,” White House cybersecurity coordinator Michael Daniel told Reuters while in San Francisco to meet industry experts andbusiness leaders at a security conference. But he added: “I don’t want to leave anybody with an impression that we underestimate the challenges.”

“We will do our best to work with Congress,” he added. “You will see that develop over the next couple of weeks to months,” he said.

Cybersecurity legislation backed by the Obama administration died in the Senate in November amid fierce opposition from businesses that complained about over-regulation.

That bill would have increased information-sharing between intelligence agencies and private companies, with some privacy protections. It also would have set voluntary standards for businesses that control electric grids, water treatment plants and other essential facilities.

In the absence of overarching legislation, the Obama administration will pursue other means to improve cybersecurity, he said. Those included implementing an executive order the president signed this month that seeks to better protect critical infrastructure from cyber-attacks.

The order directs federal authorities to improve information-sharing on cyber-threats – including some that may be classified – with companies that provide or support critical infrastructure.

“It would be a mistake to assume you can’t make any progress in the absence of legislation,” he said.

The principles that the White House will support in new legislation include requiring that a civilian agency must be in charge of information-sharing, Daniel said.

Last year’s Senate plan likewise would have put the Department of Homeland Security squarely in charge, though it could turn to the military’s National Security Agency for assistance.