A Proclamation of Tyranny 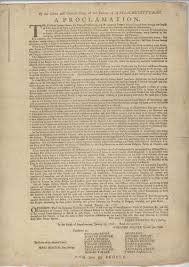 Herein are our grievances:

Has refused to read and/or debate all legislation, bills, laws, resolutions, etc introduced into session

Has erected government bodies, who impose the will of the President and the Presidents administration, which alter our natural rights without the consent of the people

Has encouraged our representatives to lie to the citizens, through not holding them accountable for falsely representing facts, legislation, budgets, etc

Has often infringed upon the right to keep and bear military arms, weaponry, and other tools of war that are necessary to maintain a well regulated militia

Has continued to allow and promote the use of interrogation techniques which maim, injure or kill their suspects which further demonstrates that America is of no higher moral code than anyone else around the world including our enemies

Defends and continues its molesting and unwarranted searches of its people by the Transportation Security Administration, and other federal agencies, which are a blatant infringement of our natural rights as defined in fourth Amendment of the U.S. Constitution

Frivolously taxes its citizens to support its own spending addiction

Confiscates private property through eminent domain and does not use the property for the public good or for government, but rather sells the land to private businesses

Has continually allowed the Executive to implement programs, appoint unelected officials, created illegal federal agencies, and wage war without the consent of The Congress

Has suspended Habeas Corpus, and made lists of, and executed without trial, American citizens.

Continues to regulate The Sovereign People under the misinterpretation of Article 1 Section 8 Subsection 3 which does not allow for the regulation of sovereign individuals or their rights.

Although this proclamation does not encompass all grievances, the grievances described are blatantly administered to the dismay of our, the Sovereign Peoples, natural rights. We, The Sovereign People, have allowed time and opportunity for the government to resist the temptation of indulging in unconstitutional power that positions of government can provide. We are at a pivotal moment in our countries history. Action must be taken to ensure we remain free and uninhibited from pursuing happiness as each of us, the Sovereign People, see fit. Our country was founded upon morals of goodness, liberty, and individual freedom, not the tyrannical oppression which we have described in our grievances.

As The Sovereign People of the United States of America we demand the government cease and desist its corrupt ways and unconstitutional practices which repel, alter or even challenge our natural rights as defined in the Bill of Rights and Constitution of the United States of America. We demand all grievances as described be addressed, debated and all legislation, executive orders, bills, declarations, acts, orders, proclamations, laws, policies, resolutions, rules, codes, motions, provisions, etc be eliminated and all future legislation follow the guidelines of one of our most precious founding documents, the Constitution of the United States. We, the people, will continue to vociferously petition the government for redress of our grievances if the ears of our government are not opened and in tune with its people.

27 thoughts on “A Proclamation of Tyranny”