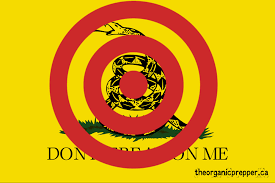 Not unlike the horrible shootings at Sandy Hook Elementary School, the Boston Marathon bombing has become a ”blame-it-on-patriots” media event. Without any proof whatsoever, speculation in the mainstream media is pointing the finger directly at people who believe in independence and freedom from tyranny.

None of the mainstream outlets is asking why a person against paying taxes or someone who is pro-Constitution would attempt to harm people out enjoying a race. They are simply looking for a scapegoat. And no kid on the playground is more unpopular than the one who refuses to be herded along with the other children.   END_OF_DOCUMENT_TOKEN_TO_BE_REPLACED

There’s a dirty little secret in some organic fruit orchards.

That juicy apple or pear that you just paid triple the price for may have been sprayed with antibiotics.

As a parent, sometimes I’ve asked my kids to do things they don’t want to do.  (Haven’t we all?)  The biggest key to their success in the endeavour is their attitude.

A genetically modified rose by any other name may smell sweet, but it could still have frankenthorns that might independently detach themselves and lop off your finger while you’re smelling it.  That’s not unlike a trip to the grocery store these days. There are a lot of ugly surprises in pretty, charmingly-named packages.

It seems like no matter how hard you try to avoid them, GMOs and toxic foods creep into your life.   END_OF_DOCUMENT_TOKEN_TO_BE_REPLACED

Being prepared for the unexpected is what my website is all about.  We’ve talked about what you should store and about  becoming more self-reliant.  We’ve discussed health and the evil agendas that appear to be afoot.  We’ve bemoaned the ridiculous laws and the encroaching police state.  We’ve made lists of what you should have, where you should live, and how you should fortify your home.

But what if you had to walk away from everything?  Your food, your tools, your home, your currency – everything that you have spent years accumulating to prepare you for the worst.  What if the worst is actually worse than you had imagined?   END_OF_DOCUMENT_TOKEN_TO_BE_REPLACED

A term coined in 1985 by an unnamed staffer of the Reagan administration was “Starve the Beast”.  This referred to a fiscally conservative political strategy to cut government spending by paying less in taxes.  So, in the original sense, “the Beast” was the government, and people were to starve the beast by spending less and using loopholes, therefore paying less in taxes.

These days the Beast has a lot more tentacles than just the government.  The system now consists of the government and all aspects of Big Business.  Big Agri, Big Pharma, Big Medicine, Big Food, Big Banking and Big Oil, to name a few.  It seems that now it’s the Beast doing the starving, as small businesses close because they can’t compete with Wal-Mart, the family farm is on it’s way out because it can’t compete with the huge, subsidized Monsanto mega-farms, people are going bankrupt because they can’t pay the outrageous medical bills…   END_OF_DOCUMENT_TOKEN_TO_BE_REPLACED

How often do you hear people talk about how they would live their dreams if they only had a bit more money?  People always dream about moving to a remote area or about staying home with the kids or about relocating to the bug out location, but often feel that these things are financially unreachable. Do you do this yourself?

If so, then maybe it’s time to take a good hard look at your personal finances and enact a personal austerity plan.  Most people would be surprised at the changes that can be made when they rethink the definition of the word “necessities”.   END_OF_DOCUMENT_TOKEN_TO_BE_REPLACED

One of the best things about holidays is getting together with family and having a huge feast.  If you are of the frugal mindset, sometimes it can be overwhelming to spend all that money for just one meal.

Instead of eating endless meals of leftovers until you never want to see another slice of ham as long as you live, try preserving those leftovers and adding them to your preps.  You can then repurpose them and serve them in an entirely different way, eliminating food fatigue.   END_OF_DOCUMENT_TOKEN_TO_BE_REPLACED

One has to wonder how Senator Roy Blunt of Missouri benefited by sliding in that nasty little rider that putsMonsanto above the law?  Not unlike Judas Iscariot, Blunt used his position to betray those who trusted him, but it appears that the senator got more than 30 pieces of silver.

As an elected official, Senator Blunt is obligated to promote the wishes of the people.  All of them, not just the ones with money.

Let’s go down the rabbit hole and explore why Blunt might have done such a thing.   END_OF_DOCUMENT_TOKEN_TO_BE_REPLACED

Of course, it’s hard to honestly expect President Barack Obama to do the right thing, but many people held out hope that he would veto the most dangerous food act ever to pass the US Congress.  After all, one of his campaign promises the first time around was to enforce the labeling of GMOs.  His wife has that famous organic garden on the White House lawn.  We can trust the Obamas, right?

Breaking up is hard to do, especially when it is with a tracking service like a financial institution.

Sometimes you can make a clean break and other times you have to remain “just friends”.

The US government actually has a name for people who have no bank accounts – they call these folks “the unbanked”.  The FDIC defines the unbanked as “those without an account at a bank or other financial institution and are considered to be outside the mainstream for one reason or another.”  Another term is “the underbanked” – “people or businesses that have poor access to mainstream financial services normally offered by retail banks. The underbanked can be characterized by a strong reliance on non-traditional forms of finance and micro-finance often associated with disadvantaged and the poor, such as check cashers, loan sharks and pawnbrokers.”   END_OF_DOCUMENT_TOKEN_TO_BE_REPLACED

What is the most overlooked, not to mention demonized, source of a valuable nutrient?

The trouble is, we have been brainwashed by the mainstream media to avoid sunlight as though we were vampires who might burst into flame if the rays touch our unprotected skin.  People slather on sunscreen every single day (which has its own host of detrimental health effects beyond blocking Vitamin D).  They avoid the midday sun.  They stay indoors.  There is a national deficit of Vitamin D brought on by scare tactics.   END_OF_DOCUMENT_TOKEN_TO_BE_REPLACED

Preparing for the worst can be exhausting.

While generally speaking, preparedness activities and awareness provide peace of mind for me, there are days that I just don’t want to see another mylar bag or read the next scary headline trumpeting our imminent collapse.   END_OF_DOCUMENT_TOKEN_TO_BE_REPLACED

If you are a prepper, chances are that you have friends and family who consider you anywhere on the “nuts” scale from a bit eccentric to downright certifiable.

This viewpoint, of course, makes it very difficult for you to talk with these loved ones and bring them over to the “dark side” of preparedness with you.  It’s painful to see people about whom you care, blithely going along, spending money frivolously, buying their groceries a couple of days at a time, and living in places that are totally unsustainable should disaster strike.   END_OF_DOCUMENT_TOKEN_TO_BE_REPLACED

SHTF doesn’t generally drop by at the best of times.  In fact, SHTF thrives and grows exponentially under more adverse circumstances.

So, suck it up, put on your boots, and power through it – SHTF doesn’t care and neither can you!

Reallocating money for prepping demands some sacrifices. Freeing up the money you need to prepare means that you can’t necessarily keep up with the Joneses.  Trust me, though, the time will come when the Joneses would trade their big screen TVs, their brand new SUVs and their fancy gym memberships in order to keep up with you.

One of the easiest ways to save money is also one of the simplest.  For some people, it’s one of the most difficult. END_OF_DOCUMENT_TOKEN_TO_BE_REPLACED

In a terrifying brush with violence, the administrators of Schall Elementary School in Caro, Michigan have boldly done what was necessary in order to protect a classroom of vulnerable 3rd graders.

They have taken a little boy’s birthday cupcakes and confiscated those frosted harbingers of evil.

Why?  you may be asking yourself.  Oh my gosh, were the cupcakes poisoned?  Were there razor blades baked inside of them, fiendishly awaiting the opportunity to cut little mouths? END_OF_DOCUMENT_TOKEN_TO_BE_REPLACED

There really are very few “perfect” locations for a prepper.  A very common excuse that some people give as to why they cannot prep is their current location.  People say, “Well, once we are able to get moved to our farm in two years I’ll start prepping hardcore.” Another favorite is “I’m saving the money for moving instead of using it for preps.” Or even worse, ”Oh, there is no point in prepping here, because if the SHTF I’ll be dead.”