It’s a virtual currency that travels beyond the reach of banks and centralized regulatory institutions and allows you to transfer money to anyone with an Internet connection, anywhere at any time.   END_OF_DOCUMENT_TOKEN_TO_BE_REPLACED

The Cyprus banking crisis presents, in microcosm, everything that is perverse about the European leaders’ response to the continuing financial collapse. And bravo to the Cypriot Parliament for rejecting the EU’s insane demand to condition a bank bailout on a large tax on small depositors.   END_OF_DOCUMENT_TOKEN_TO_BE_REPLACED

Out-of-control derivatives were largely responsible for the 2008 financial crisis … and still pose a massive threat to the economy.

Unchecked derivatives are so harmful to the economy that:   END_OF_DOCUMENT_TOKEN_TO_BE_REPLACED

END_OF_DOCUMENT_TOKEN_TO_BE_REPLACED

The Southern Poverty Law Center[1] is advising the US government of the alleged “domestic terror threat” posed by political conservatives, “conspiracy theorists,” and others skeptical of their government’s policies and behavior. A March 5, 2012 letterto the US Departments of Justice and Homeland Security points to the group’s recent report, “The Year in Hate and Extremism.” The study uses SPLC data to point to an almost one thousand percent upsurge in “militias and radical antigovernment groups … from 149 in 2008 to 1,360 in 2012.”   END_OF_DOCUMENT_TOKEN_TO_BE_REPLACED

The Guardian – by Harriet Sherwood in Jerusalem

The new Israeli government will use Barack Obama’s visit to Jerusalem this week as an opportunity “to show our gratitude to the American people”, said Binyamin Netanyahu before being sworn in for a third term as prime minister on Monday.   END_OF_DOCUMENT_TOKEN_TO_BE_REPLACED

END_OF_DOCUMENT_TOKEN_TO_BE_REPLACED

Is it a coincidence?

In recent history, from the Vietnam war to the present, the month of March has been chosen by Pentagon and NATO military planners as the “best month” to go to war.

With the exception of the War on Afghanistan (October 2001), all major US-NATO led military operations over a period of almost half a century –since the invasion of Vietnam by US ground forces on March 8, 1965– have been initiated in the month of March.   END_OF_DOCUMENT_TOKEN_TO_BE_REPLACED

These guys should get hemp rope first. After all, they own the politicians.

Preface: Not all banks are criminal enterprises. The wrongdoing of a particular bank cannot be attributed to other banks without proof. But – as documented below – many of the biggest banks have engaged in unimaginably bad behavior.

You Won’t Believe What They’ve Done …

Here are just some of the improprieties by big banks:   END_OF_DOCUMENT_TOKEN_TO_BE_REPLACED

This week sees a jarring confluence of events: The 10-year anniversary of the debacle that was the Iraq War, the airing Friday of a new documentary on its chief architect, the snarling, lying, will-he-ever-go-away piece of pure evil Dick Cheney; and the surreal moment today when Obama reportedly defended his secrecy on drones with, “This is not Dick Cheney we’re talking about here” – the sort of defense, one observer notes, “Dick Cheney would probably use, were he not already Dick Cheney.”   END_OF_DOCUMENT_TOKEN_TO_BE_REPLACED 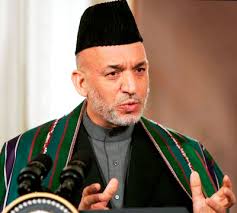 Once again, the erratic president of Afghanistan, had US officials shaking their heads in disbelief after he gave a speech while Secretary of Defense Chuck Hagel is in Kabul in which he blamed the interactions of the US and the Taliban for his country’s security problems.

Karzai was visibly angry about the Taliban bombing at the Ministry of Defense on Hagel’s arrival. In his Pashtu speech he said that the Taliban carried it out “in the service of America.” What he appears to have meant by that weird accusation is that the Taliban are eager to prevent a US withdrawal in 2014 and are attempting to draw the US into a greater entanglement in the country as a pretext for painting the Kabul government as lackeys of the Americans who need to be overthrown. END_OF_DOCUMENT_TOKEN_TO_BE_REPLACED

UEC’s process doesn’t take place 2 miles down. Rather, it’s dissolving uranium from just 400 feet to 800 feet down–not only from the same depths as groundwater but from the very same layers of porous rock that hold it. “By design it’s much worse than fracking,” says Houston attorney Jim Blackburn, who is suing UEC on behalf of residents near the company’s new project in Goliad, Tex. “This is intentional contamination of a water aquifer liberating not only uranium but other elements that were bound up with the sand. We know this process will contaminate groundwater; that’s the whole point of it.” END_OF_DOCUMENT_TOKEN_TO_BE_REPLACED

There is a new trend in the ‘war on terror’ by the real world terror of the US, Israeli and Western governments, and it is called ‘bomb them just in case’.

With the looming threat of an attack on ‘innocent’ Iran, it is the same premise of ‘bomb them just in case’. This tactic is no different than shooting someone ‘just in case’ they get a gun and kill you, even though they have never exhibited any aggression or threat of aggression towards you, or indeed never possessed a gun in the past. END_OF_DOCUMENT_TOKEN_TO_BE_REPLACED

END_OF_DOCUMENT_TOKEN_TO_BE_REPLACED

The New York Times reports in a front-page piece today titled “Post Office Buildings With Character, and Maybe a Sale Price” that the Postal Service “acknowledges that in recent years the sale of post office buildings has accelerated, and in 2011 it hired CBRE, a commercial real estate services firm, to handle the transactions.

“‘Our biggest concern is the way they’re going about it isn’t transparent,’ said Chris Morris, a senior field officer for the National Trust and project manager for post office buildings. ‘A lot of us are very confused about the process.’” END_OF_DOCUMENT_TOKEN_TO_BE_REPLACED

For years, the Obama administration has been pummeled for failing to bring criminal charges against a single major Wall Street bank or a single leading Wall Street banker for what the FBI termed an “epidemic of fraud” that blew up the entire economy. Investigations revealed the banks committed routine fraud in peddling mortgage securities they knew were garbage, trampled basic property laws, laundered money from Iran, Libya and Mexican drug lords, conspired to game the basic measure of interest rates and more. Yet, time after time, the Justice Department and regulatory agencies settled for sweetheart deals, with no admission of guilt, no banker held accountable, and institutional fines that were the equivalent in earnings of a speeding ticket to the average family. END_OF_DOCUMENT_TOKEN_TO_BE_REPLACED