The next time you have to take off your shoes and get searched by an employee of the Transportation Security Administration, it may not be at the airport.

Ron Nixon reports in The New York Times on the expansion of TSA’s Visible Intermodal Prevention and Response squads, or VIPR, which are leaving the airports behind to perform security checks at train stations, subway stops, and other transportation-related hubs.

What really goes on in the corridors of power? The NSA has said that they cannot just take anyone off the street and let them know what’s happening for real…

The truth is, we do not know and what we do know is ‘packaged’ by the media owners. And guess what? You can sell ANYTHING as long as you package it right – Tom Dennen   END_OF_DOCUMENT_TOKEN_TO_BE_REPLACED

END_OF_DOCUMENT_TOKEN_TO_BE_REPLACED

Dendrites, the branch-like projections of neurons, were once thought to be passive wiring in the brain. But now researchers at the University of North Carolina at Chapel Hill have shown that these dendrites do more than relay information from one neuron to the next. They actively process information, multiplying the brain’s computing power.

“Suddenly, it’s as if the processing power of the brain is much greater than we had originally thought,” said Spencer Smith, PhD, an assistant professor in the UNC School of Medicine.   END_OF_DOCUMENT_TOKEN_TO_BE_REPLACED

NO place to hide! Better, faster than Google Earth… and if I was the NSA I’d give it away free too…

Now, being a Conspiracy theorist, I don’t suspect a thing and am using this myself because it doesn’t have the big shaded areas you can’t see on Google Earth, it’s much faster and more accurate, with quite a bit of fun watching it show you places on way to the surround-video movie of your house, whatever.    END_OF_DOCUMENT_TOKEN_TO_BE_REPLACED

A Mexican Standoff was created last month when the Tea Party pushed GOP leaders to use the threat of shutdown to block a possibly fatally flawed expansion of federally funded health coverage – you can’t even register for it on the govt website.

We still don’t know what was happening behind the smoke screen, though. All we know is that campaign succeeded mainly in undermining popular support for half of the War Party, the Republicans. By late Wednesday, dozens of anxious GOP lawmakers were ready to give President Obama almost exactly what he requested months ago: a bill to fund the government and increase the Treasury Department’s borrowing power with no strings attached.   END_OF_DOCUMENT_TOKEN_TO_BE_REPLACED

This weekend America witnessed a limited crash in the computer systems that manage electronic benefit transfers across the country. Within hours of the crash panicked food stamp recipients who were left with no way to feed their families rushed grocery store shelves to obtain everything they could while the system was down.

The outage lasted less than a day, but it proved what many already knew, that America had become a nation so dependent on government subsidies that any glitch in the system could lead to total pandemonium.   END_OF_DOCUMENT_TOKEN_TO_BE_REPLACED

I love it when anyone puts aside bias and peer-pressured inclination, reads history from more than one side and connects the dots with common sense logic.

We’ve all heard the allegations about Bush Senior and IBM and the Corporate world of that time supporting the economic miracle that took Nazi Germany from a sleeping-in-the-streets economy to the most powerful one in Europe (from 1933 to 1937 during the Great Depression) Germany refused to enter into debt to the controlling banking elite and issued its own debt- and interest-free currency from its own central bank, just like North Dakota has done for over a hundred years.   END_OF_DOCUMENT_TOKEN_TO_BE_REPLACED

END_OF_DOCUMENT_TOKEN_TO_BE_REPLACED

The film Final Hours shows a possible THEORY on how our planet has experienced five major extinctions in geologic history and how “our prolific production of greenhouse gases has the ability to trigger a sixth mass extinction.”

The movie “2012” was one of the best opportunistic movies of all time partly because of that opportunism, but also because it ignored the original thesis for its birth – the Hapgood-Einstein theory of Polar ice displacement, never allowing the audience in this particular belief system any reason for such a catastrophe, let alone Hapgood’s – and it still became a blockbuster. Why? Because of all the conflicting “End Time” hype floating around outside of Hapgood and Einstein.  END_OF_DOCUMENT_TOKEN_TO_BE_REPLACED

Conservative columnist Thomas Sowell recently declared, “The history of the 20th century is full of examples of countries that set out to redistribute wealth and ended up redistributing poverty.”

Ironically for thinkers like him, the last 35 years have redistributed U.S. poverty by redistributing wealth to the rich. The middle class, once the backbone of a strong American society, has been broken, beaten down, pushed further and further toward poverty levels. Here are five well-documented ways that this has happened.  END_OF_DOCUMENT_TOKEN_TO_BE_REPLACED

Obamacare is going to crash and burn from technical issues more than political concerns, it seems. You’ve probably already heard that virtually no one can sign up using the online Obamacare exchanges. The web forms are broken. The code is buggy. The data integration is a jaw-dropping failure.

This is why, all over the country and across the media, no one can seem to locate anyone who has successfully signed up through Healthcare.gov. Even the one person the Obama administration rolled out as a “success case” turns out to be completely staged and fabricated.   END_OF_DOCUMENT_TOKEN_TO_BE_REPLACED

As much as seventy percent of the human race will become obsolete within just three generations. Why? Because robotics technology is advancing at such a rapid pace that highly-capable humanoid robots with advanced vision recognition and motor coordination systems are going to take over most menial labor jobs.

Supporting this conclusion, a new study just released by Oxford scientists concludes that 47% of all jobs are “at risk” of being replaced by automation systems and robots in just one generation (roughly 20 years). But this is just the opening chapter of the robotics revolution that will rapidly make human labor all but obsolete.   END_OF_DOCUMENT_TOKEN_TO_BE_REPLACED 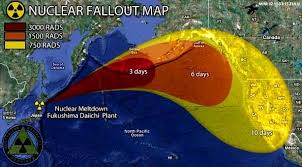 Sociopaths believe the truth is whatever they declare it to be. They think they have nothing to fear but a frightened public and make attempts to “Calm People.”

Here’s an example:
Nuclear advocate Stuart Arm maintains that, “apart from Chernobyl, no nuclear workers or members of the public have ever died as a result of exposure to radiation due to a commercial nuclear reactor incident”.   END_OF_DOCUMENT_TOKEN_TO_BE_REPLACED

END_OF_DOCUMENT_TOKEN_TO_BE_REPLACED

Why not? Anything for profit if you don’t mind that fact that the love of money is root of all evil – life-long debt, a Permanent War Policy, killer vaccinations and addictive prescription drugs, lone nuts on Ritalin shooting up schools, US senators treated like royalty, all their money in Defense Bonds, no prosperity in sight for anyone at all fifty million Americans on food stamps, the rest trained to regard them as ‘takers’ when the rest outsourced their jobs… for  money.   END_OF_DOCUMENT_TOKEN_TO_BE_REPLACED

In a furious critique that opened the UN’s General Assembly meeting Tuesday immediately before President Obama took the podium, Brazil’s president Dilma Rousseff blasted U.S. secret surveillance programs for violating her country’s national sovereignty, attacking its democracy, and infringing on the human rights of its citizens.

“In the absence of the right to privacy, there can be no true freedom of expression and opinion, and therefore no effective democracy,” she declared in her strongest statements yet in the fallout following revelations that the NSA had directly spied on Rousseff. “In the absence of the respect for sovereignty, there is no basis for the relationship among nations.” END_OF_DOCUMENT_TOKEN_TO_BE_REPLACED