Buffett: Scrap Obamacare and Start All Over 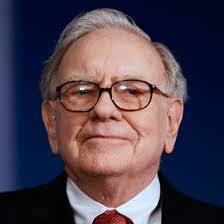 When asked, “Are you in favor of scrapping [Obamacare] and going back to start over?”, famed investor Warren Buffett said on CNBC March 1, 2010, “I would be — if I were President Obama.”

Buffett insisted that without changes to America’s health system average citizens will suffer.

“We have a health system that, in terms of costs, is really out of control,” he added. “And if you take this line and you project what has been happening into the future, we will get less and less competitive. So we need something else.”

But now that the exchanges are open, Obamacare has finally kicked off.

The government program, which some economists call the biggest tax increase ever in the United States, is also one of the most hated bills in history.

Ask millions of Americans what they think about the new law, and chances are they’re ready to pop a jugular.

Critics heavily oppose the mandate requiring them to purchase health insurance. They’re also furious at all the new taxes, fees, and higher premiums they’ll be stuck paying, thanks to Obamacare.

Yet, while millions of Americans loathe every facet of The Affordable Care Act, as it’s officially titled, another group of Americans see it as a once-in-a lifetime opportunity to get rich: Investors.

According to Wall Street expert and Money Map Press Chief Investment Strategist, Keith Fitz-Gerald, Obamacare will create unheard of riches for investors who tap into the right companies.

“Obamacare is one of the single biggest wealth creation opportunities to hit the markets in decades,” says Fitz-Gerald. “That’s because huge amounts of money – trillions – will be spent as Obamacare gets rolling.”

“And trillions more will be reallocated,” he adds.

Not all companies will benefit – but a select few are primed for higher returns on a scale that was simply unimaginable before this legislation was passed.

These companies, and their investors, are set to make a fortune in the next several months – and years – as the full Obamacare plan gets underway.

Fitz-Gerald says main street investors will have a chance to reap big paydays – provided they know which sectors stand to benefit most.

Publisher’s Note: Fitz-Gerald reveals the two sections of Obamacare that will create a new generation of millionaires.

With the implementation of Obamacare quickly approaching, Americans are asking what they can do to prepare for all the new costs and rules.

One expert, Betsy McCaughey, former Lieutenant Governor of New York and constitutional scholar with a Ph.D. from Columbia University, recently wrote a best-selling book showing Americans how they can survive Obamacare.

McCaughey is one of the only people in the country — including members of Congress – who has actually read the entire 2,572 page law.

Her book, titled Beating Obamacare: Your Handbook for Surviving the New Health Care Lawbreaks down the complicated bill into 168 pages of actionable advice.

The book, written in an easy going, easy to read style, shows some startling facts about Obamacare not seen in the mainstream press.

For example, she points to a little known passage in the bill that shows how you could get slapped with a $2,000 fine for not having health insurance – even if you do actually have it.

She also goes into detail explaining how one third of all U.S. employers could stop offering health insurance to their workers.

In one chapter, she shows how ordinary Americans will get stuck paying for substance abuse coverage even if they never touched a drink or drug in their life.

According to McCaughey’s research, senior citizens will get hit the hardest. “If you’re a senior or a baby boomer, expect less care than in the past,” she says. “Hip and knee replacements and cataract surgery will be especially hard to get from Medicare in the months ahead.” Details on how to pick up her book here…

She warns seniors to get some of those types of procedures done now before Obamacare goes into full effect.

In addition, many will find it difficult to keep their medical records private, according to McCaughey.

“The law will compel Americans to share with millions of strangers who are not physicians confidential private and personal medical history information they do not wish to share.”

2 thoughts on “Buffett: Scrap Obamacare and Start All Over”