California Still Arrests Thousands of People for Weed Each Year 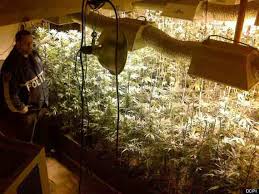 California–like its West Coast neighbors–is viewed as America’s marijuana mecca. It’s progressive cannabis policies have long made it the “wild, wild west” or “the promised land,” dependent upon your stance.

Likewise, California has the country’s highest concentration of legal medical marijuana dispensaries. Yet, that still has not stopped its law enforcement from putting patients and caregivers in cuffs and behind bars for their perceived sins. And the scale of these arrests is kind of shocking.

Courtesy of California’s NORML Chapter, here these statistics that prove reefer madness still exists even in the stoner’s hypothetical wet dream of California:

In summation: the risk for an everyday pothead is extremely minimal. But the risk for a dispensary owner, grower, or budding entrepreneur remains a very real and disruptive force to the industry.

Yes, on the bright side, marijuana misdemeanors are clearly becoming a thing of the past in California. But the state–already with severe debt and gang problems–still insists on using its meager financial resources to fight a by-all-means legal plant. Whether or not its a federal or state-wide agenda, it’s simply wrong.

And California is but a microcosm for the nation’s overall marijuana-arrest dilemma. While the chart above stops at 2010 and major U.S. cities like New York continue to decriminalize cannabis, this fact remains: thousands of people have their lives ruined, their reputations tarnished, and their permanent records impacted all over a plant that heals.