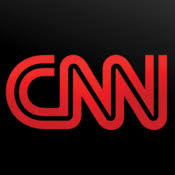 Before It’s News – by Alexander Higgins

When CNN, as revealed by their own whistle-blowing anchor Ambor Lyon, isn’t busy running campaigns state-sponsored propaganda and massive censorship they are hard at work perfecting the art of fake news broadcasts.

Apparently they believe such efforts will help them rebound from a 80% drop in viewership when in reality the public  is tuning out because they are realizing on a massive scale they are being lied to and manipulated by the government controlled propaganda mouth-piece.

Their latest mishap comes as Nancy Grace pretends to be doing a satellite interview which makes the viewer believe the latest updates in the Boston Bombings are being delivered to the anchor from their on the ground reporters.

As easily seen in the images there was no satellite broadcast going on at all.

Let’s Pretend We’re Not In the Same Parking Lot

Nancy Grace is instead in the same parking lot just feet away.

Just is just one more disgraceful example of how CNN, and the corporate media as a whole, is no longer interested in being honest with their viewers.

Instead, the would rathed lie to the viewer in search of ratings as what once was trusted by the world has devolved into nothing more than scripted info-tainment.

Another blaring example is when the media poster child to invade Syria was caught staging an interview for CNN going as far having the camera man fake gunfire off-stage.

CNN scandal in which they were caught running a staged interview with the Syria activist who had become the corporate media’s poster child in drumming up support for war in Syria.

Syria activist Danny, the poster child to justify a military invasion in Syria, has been caught staging entire an entire CNN interview including directing fake gunfire off stage.

Raw video footage of the Syria activist Danny as he waits to do a live video interview with CNN shows him directing off-stage fake gunfire and explosions, as well as being directed to tell CNN he has been retrieving the bodies of civilians from buildings that collapse due to Syria army mortar fire. It also shows Danny totally exaggerating a sense of fear and urgency as he goes from being totally calm, smiling and even somewhat bored before the on air interview starts to acting totally scared, hysterical and pretending he is in the middle of a war zone as soon as the actual interview starts.

I have condensed footage of the original video to remove 5 uneventful minutes of watching him waiting around before the interview because most people will not stay interested long enough to get to the parts were he starts directing his off-stage actors to start the faked off stage gunfire. Also below are two detailed reports from the Intel Hub and Infowars on this incident, which outline more faked activist reports and other crimes committed by the rebels.

Of course, as many no this practice is nothing new.

See this video of fake green screened CNN footage footage during the first Iraq war in the 90s or even this footage of the CIA admitting to planting fake stories.

There are numerous examples, with dozens of stories out of CNN, The BBC, Al-Jazeera and others exposed as false government propaganda dealing with Syria just last year.