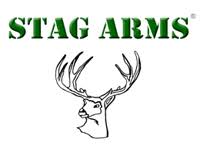 NEW BRITAIN, CT (WFSB) – One Connecticut gun maker said it would move out of the state if lawmakers expanded the ban on assault weapons, but now that same company is taking a look at modifying the AR-15.

Before some of the toughest gun laws in the country were passed, officials with the Stag Arms in New Britain said further modifications to the AR-15 would make it impossible to sell in Connecticut.

Eyewitness News has learned that the company is working on making a modified assault weapon to fit the ban.

“We are carefully looking at the new law and there are some things we interpret to be legal,” said Stag Arms owner Mark Malkowski. “We have gotten a lot of feedback from our customers and they have given us ideas for changes.”

Malkowski said the company is putting together a prototype, which they plan to show the weapons unit at the state police on Friday.

Officials with Stag Arms sells AR-15s, the only product it produces, all over the United States and to other countries, but less than 5 percent of its sales are made in Connecticut.

Gov. Dannel P. Malloy supported the ban, but did met with the gun manufacturers because he does not want them to leave, especially since the industry creates hundreds of jobs.

“It says gun companies will do anything to sell guns,” Malloy said when recently asked about the topic. “I can’t prejudge something that I haven’t seen or analyze. People make things to sell them.”

As for leaving Connecticut, officials with Stag Arms said it is still an option. Last week, Malkowski said he met with the governor of Texas and next week, the governor of Kansas.

I’m surprised that Stag Arms got anyone in the gun owner community to contribute to this bastard firearm.  And by the way, it doesn’t comport with the notion of peaceful law breaking and smuggling to defy unconstitutional laws.

I’m not sure what will happen to Stag Arms.  If they stay in Connecticut they will waste away as a viable firearms manufacturer.  But I’m certain what will happen to this ridiculous, bastard firearm.  It will be a laughingstock, the embarrassment of the gun range.  No one who has it will be a proud owner of this long gun.  Why do it?  Why not smuggle and get real AR-15s?  Why acquiesce to the totalitarians when you can do better?