Could 89% of Landmark Cancer Research Be Untruthful? 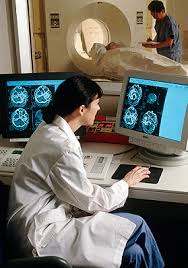 The last years several different studies investigating the objectivity of scientific research have shown that this quality of science may be seriously compromised by industrial funding. In fact, it looks like the scientific literature is contaminated with a growing number of tainted studies, which may reach 89%, the results of which are not reproducible by any means. This means that to an extent, we have based our healthcare and clinical guidelines on fake studies that reported untruthful results in order to accommodate the interests of industrial corporations.

Cancer is a major killer in US. The American Cancer Society reports that in 2012, more than half a million Americans died from cancer, while more than 1.6 million new cases were diagnosed. Given the seriousness of these statistics and the necessity of evidence-based medicine, it would make sense to trust that honest, objective research is tirelessly trying to find the best cancer therapies out there. In March 2012, Nature, the famous high-impact factor scientific journal, published a shocking study. Glenn Begley and Lee Ellis double checked the results of 53 landmark studies in cancer research, but they were only able to reproduce the published results in 11% of them.

There are two very worrying points here. First of all, the cross-checked studies were published in high-impact factor journals and secondly, they have served as the basis for the “state of the art” cancer therapies that millions of people are receiving this very moment. Unfortunately, the authors were not able to disclose these fake studies, because when they contacted the original authors and asked for details of the experiments, they had to sign an agreement that they would not disclose their findings or sources. This shows that the scientists, who published the tainted research, were all along, fully aware of the discrepancies of their articles and criminally conscious of the fact that they were misleading the medical and public opinion.

The connection and support that many scientists enjoy from big pharmaceutical companies seems to be the core of this problem.  Exposing such connections should be enough to either limit this situation or at least put the credibility of the study in question. However, most people involved in such interactions try to hide them as much as possible. While all authors are gently encouraged to sign the conflict of interest and funding statements prior to publication of their work, data show that only a small percentage of scientists publishing research on anticancer targeted therapies disclose potential sources of bias. A study from the University of Michigan has found that only 29% of cancer studies report conflict of interest.

This situation is certainly not limited to the area of cancer research.  In fact, clinical guidelines may be severely biased as well. While very few authors of clinical practice guidelines declare conflict of interest, a big percentage of those who do, have financial relationships with the pharmaceutical industry that may range from consultancy, equity/stock ownership to old-fashioned research support. These reports paint a disturbing picture indeed and suggest that there is good chance that the greatest part of the clinical healthcare and medical system has slowly been established on corrupted foundations.

11 thoughts on “Could 89% of Landmark Cancer Research Be Untruthful?”