Criminal Cartel Attacks: “We Will Have No Shelter From Their Crimes Until They Have Taken Our Pensions, Our Social Security, Our 401k’s, and Our Savings Accounts” 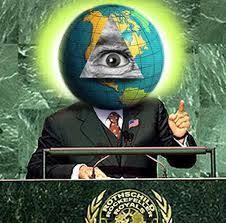 The recent attacks on gold and silver markets are only a part of a broader strategy from the criminal cartels behind the global financial and political systems.

We’ve seen what they did to stock markets in 2008.

We’ve seen them steal trillions of dollars through government sponsored bailouts and currency machinations over the last five years.

We’ve seen them collapse the economies of entire nations.

We’ve seen them authorize the theft of personal deposit accounts.

But they’re not done. In fact, as it pertains to the United States, they’re just getting started.

It seems to me that the great collapse we’ve all been talking about for so long is upon us. The criminals will give us no harbor. They will give us no shelter from their crimes.

They will throw billions and billions of ounces of paper metal at the markets so they can steal the physical cheaply. And, they will continue to steal.

We will have no shelter from their crimes until they have taken our pensions, our social security, our 401k’s, and our savings accounts as we have seen in Cyprus.

Meanwhile, there’s a Colorado bill that will give Secret Service agents local policing power, which means they can arrest or supersede the powers of sheriffs.

This criminal government is out of control.

I’ve concluded that we wrestle not against flesh and blood, but against principalities, against powers, against the rulers of the darkness of this world, against spiritual wickedness in high places.

These people are going to eat out our sustenance. They want to strip us of our liberties, of our wealth and of our lives.

Watch: THE CRIMINAL CARTEL ATTACKS: No Shelter From Their Crimes

One thought on “Criminal Cartel Attacks: “We Will Have No Shelter From Their Crimes Until They Have Taken Our Pensions, Our Social Security, Our 401k’s, and Our Savings Accounts””