This article was originally posted April 2, 2013. We just received the following email with an update.

That is my son and I and we are still up against this very corrupt good ole boys county. Feel free to add this:

Judge Casey Blair, 86th District Court of Kaufman County continues the tyranny of this man and his son (who is now in his 20’s). Casey Lee Blair continues to pursue this father like a wild animal, a dad who has paid $68,000 to date in child support which is far more than the 20% of his income for that time period. Judge Casey Blair refuses to calculate to see if this man, Todd Tomasella, has paid his lawful child support amount. Casey Lee Blair is getting a percentage of that money that is supposedly owed by Todd Tomasella and therefore refuses to let it go.

Todd has paid $68,000 in child support according to the Attorney General’s office for the State of Texas for his one child. Yet the state, who grossly overcharged this man says this father still owes $60,000 which is far more than 20% of his income for that period. Casey Blair is being exposed as a corrupt judge in Kaufman county by the people of Kaufman County Texas. 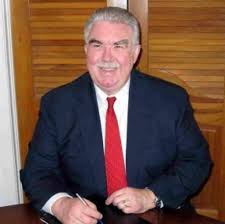 The horrifying story of what one man has been through due to the corruption in the Kaufman County, Texas court system and Child Protective Services has been reprinted below in its entirety with the permission of Kaufman County Corruption. The ‘crimes’ committed by this author include reading the Bible to his son as well as praying with his son. Really! His must read story is further below.

With the recent murder of Kaufman County DA Mike McLelland as well as his chief prosecutor, Mark Hasse, within the last two months, we must ask the questions: Were the deaths of DA McLelland and Hasse related to their ‘exposure’ of the ‘good ole boy’ network in Kaufman County, Texas and the child kidnapping ring being run out of Child Protective Services? Before you discount this possibility, please remember what happened to the late Senator Nancy Schaefer of Georgia after exposing the CPS. Schaefer exposed the abuses of CPS and the international child sex slavery ring and was murdered along with her husband shortly afterwards. Please read the following quotes from two recent stories in which both Mark Hasse and Mike McLelland were in charge of theprosecution and conviction of a member of the ‘good ole boy’ network of CPS criminals, Eric Williams. MUCH more below.

Suspended justice of the peace Eric Williams has been found guilty on all charges by a Kaufman County jury in the 422nd District Court on Friday.

“I’m ecstatic,” District Attorney Mike McLelland said after the verdicts were announced. “It shows the community that elected officials should be, and are, held to a higher standard. It’s not the old system over here any more.”

The prosecution called witnesses that testified to death threats made by Williams in the past.

Janice Gray was a district court coordinator in Coryell County in the mid 1990s. She said she met Williams at a conference and the two, then single, began dating for a short time before breaking up. The next year, she ran into Williams at the same annual conference.

Gray said they talked in the lobby of the hotel where the conference was being held.

“He said he had something for my son,” Gray testified. She said Williams showed her a gun.

Later, as she and several other court coordinators attending the conference went out in the evening, Gray said Williams showed up at the same “sports bar” where her group went.

She said he asked her to step away for a private talk, then told her if she walked away, he’d shoot her … that he had nothing to lose.

When a couple of the other court coordinators came over, she took the opportunity to leave with them and get away from Williams, she said. Gray said she later called the police and Williams was arrested and questioned, although she eventually decided not to pursue charges.

Later, Jones testified that Williams showed up in the law offices that he and Burt share on the Kaufman Town Square. Jones said he heard Williams threaten to kill Burt, his wife; his children and that he would burn down their house.

WHAT IF you picked up this Sunday’s newspaper and it read “Judge Orders Man Whose Child Was Kidnapped 7 Years Ago to Pay Kidnappers $23,000”? OR, “Victim Ordered to Pay Criminal who Kidnapped His Son and Held Him for 7 Years Running!”?

Also, this same victimized father has been sentenced to jail for: 1) Sending loving text messages to his son, 2) for not paying $23,000 in attorneys fees for an attorney he never hired, and 3) for not being able to pay his full, grossly over charged child support.

Even children whose fathers are in jail for murder get to go see their dad once per month!

If children whose fathers are in prison get to go see their dads once a month, WHAT in the world have I done to forfeit ever seeing my son – my only child whom I have not seen outside of court for many years?! This boy’s grandparents have not been allowed to communicate with him for this many years also! WHAT did they do to be forbidden to have a relationship with their grandchild?

FOLKS THIS is what has been done by Judge Howard Tygrett, Ruth Blake, and DFPS/CPS Kaufman County, Texas. These are brazen public enemies, a danger to society. Beware!

What has happened to me in the Kaufman County 86th District court is exactly as this headline states! This is exactly what has happened to me over the last several years in this evil system of injustice in Kaufman County, Texas! If this headline hit the papers there would be a massive outrage. This type injustice is rampant in the Kaufman County system of IN-justice and the emails we get from this site testify to such as we have been contacted by numerous defrauded parents and otherwise.

Eric Williams has just been convicted of 2 felonies and has another worst one still pending. Regrettably, with the help of other child thieves still allowed to operate in the Kaufman County legal system, Eric Williams has been stealing children from their parents for years. This is exactly what he did to my son and I. Find out who else is involved in this child-thieving ring below.

HYPER-JUSTICE which is clearly injustice! In the corrupt Kaufman County culture, every person accused is “GUILTY until proven innocent” instead of “INNOCENT until proven guilty.”There is a “they MUST be guilty” toward any person accused. With this unprofessional, unethical, illegal, and immature mindset, the judges, counselors and prosecutors mete (deal) out undue, harsh judgment upon anyone who is merely accused, regardless of whether or not there is proof or evidence to prove they are guilty. Regrettably, never is there seen a judge in this filthy corrupt Kaufman system who stands up to so much as rebuke the false accuser and person who is abusing the judicial system – using it to hurt another person unduly. The minions who operate in their darkness inside the Kaufman INjustice system thrive on attacking people – Tax paying citizens of the USA. Beware!

I was accused of the “crime” of 1) praying with my son, and 2) reading theBible to my son!!!!  This is officially on record and was stated as being abuse in this wicked courthouse! The judge did nothing to rebuke this foolish, unfounded, protected accusation. The silence of those evil minions who run the corrupt Kaufman County system of INjustice are destroying vital family bonds by their silence.

This is a web of deceitful workers. Once the Kaufman County Cast of Clowns take a disliking to their victim, they arrange the “facts” and manipulate the law to see that person “in contempt” of court or “abusive” or otherwise for not being able to reach an impossible order these clowns set up and charge their victim with. In other words, they find a way to make that person they are victimizing guilty. These clowns are completely unprofessional and quite immature. They don’t rule with bias and according to the law but rather by their own personal likes, dislikes, and personal vendettas. That’s not what they swore on the Holy Bible to do. That’s not what the tax-paying citizens of Kaufman County are paying them to do.

Well the Judgment Junkyard is filled with Littered Lives here in this corrupted system of injustice and I suspect there will be more going there due to their insistence upon working evil instead of doing justly to their fellow man. You see, the only real Judge, the One who holds the life-breath of every man, sees exactly what these people are doing and He rewards the unrepentant wicked both here in the earth and in the eternal prison of fire.

The evil minions of the corrupt Kaufman County court system continue to deal unjustly and are perhaps under divine condemnation (details below). Their personal lives will not be blessed. They are under a curse for destroying family bonds unjustly. Dividing a child from his/her father comes with a specific curse (Malachi 4:6). It’s on open record in God’s Word – the One who designed the family unit.

“The curse of the LORD is in the house of the wicked: but he blesseth the habitation of the just.” Proverbs 3:33

As you will see for yourself below, this “curse” from the Almighty has and is coming on all those involved in the Kaufman County courts who are not deliberating justly.

Not one stitch of evidence of abuse against me has ever been presented in the courtroom – because there is none. And yet, I have not seen my son alone in over 5 years! This will be brought to the light and the LORD is judging the evil doers responsible for this! He is“send(ing) forth judgment unto victory.“~The Son of God, Matthew 12:20

It’s a matter of time. The LORD will have the last say in this and concerning the individual personal lives of those who rage against Him by destroying families in Kaufman County (Ps. 7:13). To date, below are some of the things we are aware of that the Almighty has done to some of the family-destroying perpetrators in the Kaufman County courts.

After and while ruling/acting corruptly and unjustly in this case, the following 6 people experienced …..

Exposing those who are unrepentant after being told of their fault and warned, is a divine/biblical mandate, especially when they hold places of influence over the lives of others. Is there not a cause?

Parents and children’s lives are being forever altered by the evil minions operating in the Kaufman County system of in-justice:

—– “And have no fellowship with the unfruitful works of darkness, but rather reprove (expose) them. 12 For it is a shame even to speak of those things which are done of them in secret. 13 But all things that are reproved are made manifest by the light: for whatsoever doth make manifest is light.” Ephesians 5:11-13

We are commanded to expose darkness and I believe that is for the purposes of: 1. To bring darkness into the light so as to convict the violators so they can repent (2 Timothy 3:16), 2. To protect and defend and vindicate victims and not have respecter of persons toward the perpetrators, sinning by caring more for those few beguilers than their many victims. The Greek work here for “reprove” means to convict and rebuke and confute.