Mayor Bloomberg got huffy and puffy today discussing medical marijuana, describing efforts to legalize it as one of the greatest scams in history.

“Medical, my foot,” the mayor said, clearly not referring to an ailment of his own.

“There’s no medical. This is one of the great hoaxes of all time.”   END_OF_DOCUMENT_TOKEN_TO_BE_REPLACED

The loss of tropical rain forests is likely to reduce the energy output of hydroelectric projects in countries like Brazil that are investing billions of dollars to create power to support economic growth.

That is the conclusion of a group of experts whose findings, released Monday, run counter to the conventional understanding of deforestation’s impact on watersheds.   END_OF_DOCUMENT_TOKEN_TO_BE_REPLACED

The D.C. Clothesline – by Dean Garrison

Another story from the files of the outright insane…

Did you own a toy cap gun as a child? I did. Did you play “cops and robbers” when you were young? I did. What on earth is going on in our school system today? Apparently a child who brought a toy cap gun to school, to show his friends, was interrogated for two hours, treated like a real-life criminal, and his parents were only called after he wet his pants according to the Washington Post. His normal “show and tell” action ended in him being suspended for 10 days. If the cap gun were loaded, the school principal allegedly claims, the police would have been called. According to Donna St. George:   END_OF_DOCUMENT_TOKEN_TO_BE_REPLACED

One Colt Sporter like this one was turned in; another AR15 type rifle went to a private buyer

At the turn in events this May in Phoenix, a premium was offered for the turn in of “Assault Rifles” or “Assault Weapons”. People who turned in those items were to be given double the premium for ordinary firearms, gift cards worth $100 in food.   END_OF_DOCUMENT_TOKEN_TO_BE_REPLACED

The Guardian Express – by Ryan Ross

Starting Saturday, Starbucks Corporation will enforce a no smoking policy that will force smokers to move 25 feet away from the building premises. Previously being an employee of Starbucks, I am very interested to see the reaction of the customers to this new policy. When working at Starbucks, I would see many customers have their morning fix of caffeine and nicotine while they would read the paper or a book outside.   END_OF_DOCUMENT_TOKEN_TO_BE_REPLACED

The deforestation of the Brazilian rain forest has created a hidden consequence: The seeds of palm trees have evolved rapidly to be smaller.

The change is the result of a domino effect that begins with human agriculture and hunting, which have devastated large bird populations in the Atlantic Forest of Brazil. With these birds, which include colorful toucans and cotingas, locally extinct or barely hanging on, the palm trees have no way to disperse their largest seeds. As a result, seed sizes are smaller in parts of the rain forest where large birds are missing, finds a new study detailed in the May 31 issue of the journal Science.   END_OF_DOCUMENT_TOKEN_TO_BE_REPLACED

Despite Israel’s recent warning to Syria and Russia that any future missile shipments to Syria from Russia will be perceived as a threat and struck, Syria has taken possession of its’ first shipment of Russian S-300 missiles. Stratfor Global Intelligence also now has this breaking story up on their website.

Arpaio reacted to the outcome in a statement.   END_OF_DOCUMENT_TOKEN_TO_BE_REPLACED

What in the world has happened to America? In Barack Obama’s ‘new America’, according to this video and story from Infowars, the usage of the terms ‘husband’ and ‘wife’ is now considered ‘hate speech’. Additionally, according to the “inclusion” document mentioned below, the government can also limit your freedom of speech and expression, NOT TO MENTION, your thoughts! Excuse me? Welcome to Amerikkka and our Orwellian world.   END_OF_DOCUMENT_TOKEN_TO_BE_REPLACED

A federal judge in California ordered Google to comply with an FBI national security investigation after the search giant launched a protest against the bureau’s request.

Breitbart – by Joel B. Pollak

The United Nations Arms Trade Treaty (ATT) establishes regulations for international arms sales. Categories of firearms listed in the treaty includes tanks, artillery, and small arms such as handguns. The U.N. General Assemblypassed the treaty on April 2nd with a vote of 153-4, with the United States voting in favor. Obama intends to sign the treaty on June 3rd.   END_OF_DOCUMENT_TOKEN_TO_BE_REPLACED

END_OF_DOCUMENT_TOKEN_TO_BE_REPLACED

A Canadian shipment of relief goods bound for storm-ravaged Oklahoma has been stopped at the Canada-U.S. border in Windsor, Ont.

American officials will not allow the 20,000 kilograms of food, blankets and diapers into the country until every item on board is itemized in alphabetical order and has the country of origin of every product noted.   END_OF_DOCUMENT_TOKEN_TO_BE_REPLACED

END_OF_DOCUMENT_TOKEN_TO_BE_REPLACED 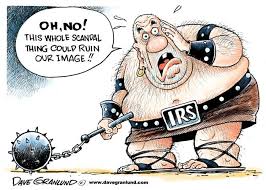 In the fallout from the recent revelations about the Internal Revenue Service systematically persecuting conservative political groups and other enemies of President Obama, the establishment is putting on a good show of being shocked by the behavior.  The reality is that the IRS is and always has been a tool of oppression and is routinely used by those in power to destroy their opponents.   END_OF_DOCUMENT_TOKEN_TO_BE_REPLACED