An attorney for Sheriff Joe Arpaio made a filing with the federal judge who ordered the halting of President Obama’s executive amnesty, asking that a hearing be held on Obama’s refusal to comply with the court’s order.

The attorney, Larry Klayman of Freedom Watch, stated to the judge in the filing:   END_OF_DOCUMENT_TOKEN_TO_BE_REPLACED 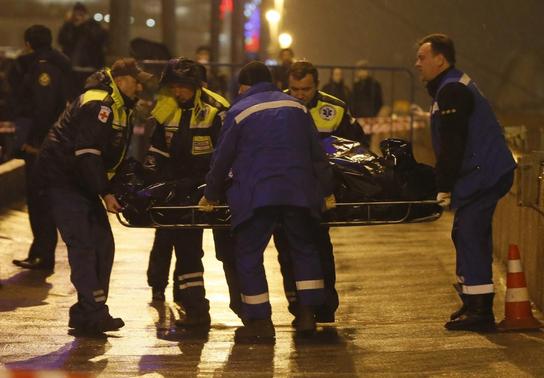 (Reuters) – Thousands of stunned Russians laid flowers and lit candles on Saturday on the bridge where opposition politician Boris Nemtsov was shot dead near the Kremlin, a murder that showed the risks of speaking out against President Vladimir Putin.

Nemtsov, 55, was shot four times in the back by killers in a white car late on Friday as he walked across the bridge over the Moskva River in central Moscow with a Ukrainian woman, who was unhurt, police said.   END_OF_DOCUMENT_TOKEN_TO_BE_REPLACED

The Kansas Senate has passed SB 45, the bill that moves Kansas into the constitutional carry status of Arkansas, Arizona, Alaska, Wyoming, and Vermont.  If the bill passes the house and is signed by Governor Brownback, a person who can legally own a firearm and who is 21 or over will be able to carry a firearm concealed without fear of prosecution.   The bill, SB 45 had 26 cosponsors and was introduced by the Majority leader, Terry Bruce, of Hutchinson.  The bill passed with an overwhelming, veto proof, bi-partisan margin of 31 to 7.

Guns Save Lives – by Dan Cannon

The Democratic chairman (surprise right?!) essentially declared that the bill will be dying in committee, never even making it to a floor vote in the state legislature.   END_OF_DOCUMENT_TOKEN_TO_BE_REPLACED

Guns Save Lives – by Dan Cannon

As you might remember, earlier this month we announced that an elderly New Jersey man, Gordon VanGilder, had been charged with illegal possession of a firearm for having an antique, flintlock pistol in his car.

In a rare example of common sense, NJ prosecutors have dropped those charges.

According to local media reports:   END_OF_DOCUMENT_TOKEN_TO_BE_REPLACED

Tom Wheeler is a treasonous politician, and is currently the 31st Chairman of the Federal Communications Commission.

In a 3-2 vote on February 26, 2015 – the Federal Communications Commission (FCC), under the direction of Tom Wheeler, voted to radically overhaul the way Internet service is regulated. FCC Chairman Tom Wheeler and two Democratic Party commissioners voted to move forward with the rules of what they call ‘Net Neutrality’. The agency’s two GOP-appointed commissioners opposed them.   END_OF_DOCUMENT_TOKEN_TO_BE_REPLACED

Parents in California are distraught after losing their infant son after being vaccinated. He died in his sleep and was taken to the hospital already deceased. Hospital staff ruled his death as sudden infant death syndrome. The couple was told an autopsy was required to be performed on their son.

After returning home, waiting to get an update, they never received one. Numerous phone calls were made to get answers. Weeks went by. Finally, they received verbal confirmation and told their son was best not to be seen prior to being cremated, because of the condition he was in. Once cremated, they could pick up the remains of their child from the crematory. They were not given the chance to say their goodbyes.   END_OF_DOCUMENT_TOKEN_TO_BE_REPLACED

You voted with your dollar. You spoke out on social media. You educated your co-workers who were eating a junk-food diet. Thanks to this influence, organic food sales are exploding, so one of the largest retailers in the US is ‘doubling down’ their investment in organic and sustainable products.

Target’s initiative is called ‘Made to Matter,’ and it will nearly double the number of sustainable and organic products it sells. The chain has already included an exclusive collection of 16 brands and over 100 individual products that were introduced last year – ranging from bleach-free diapers to nonaerosol air fresheners.   END_OF_DOCUMENT_TOKEN_TO_BE_REPLACED

Dr. David Mitlin, the head researcher of a group working on supercapacitors at the University of Alberta in Canada says that their project turning hemp fibers into a graphene substitute is about one thousand times cheaper than making graphene. We have legions of electronic devices, and each one of those devices has a battery inside of it. Ever experience the frustration of fully charging your smartphone just to have it die a few hours later? Or need your electric car to drive more miles before the battery is completely drained? Then read on.   END_OF_DOCUMENT_TOKEN_TO_BE_REPLACED

Customers are purchasing AR-15 ammo in volumes up to 20 times the normal rate in some gun stores across the country in reaction to the ATF’s plan to ban 5.56 mm steel-tipped bullets.

Earlier this week, the ATF announced its intention to ban sales of the ammunition, typically used by sports shooters, in the name of protecting law enforcement officers from “the threat posed by ammunition capable of penetrating a protective vest.”   END_OF_DOCUMENT_TOKEN_TO_BE_REPLACED

Zach Smith was checked into the St. Joseph’s Medical Center with “flu-like symptoms” or what was thought by doctors, at the time, to have been “pneumonia”.   END_OF_DOCUMENT_TOKEN_TO_BE_REPLACED

President of Ukraine Petro Poroshenko reached an agreement about weapon shipments with the authorities of the United Arab Emirates.

The advisor to the head of the MIA of Ukraine, member of Verkhovnaya Rada Anton Gerashenko wrote about this in his page on Facebook
According to him, the agreements were achieved during the meeting between the Ukrainian leader and the deputy supreme commander of the UAE Armed Forces, the Crown Prince of the Abu Dhabi emirate Mohammed al-Nahayan. The negotiations occurred in the capital of the Arab state, where Poroshenko came to participate in the international weapon show IDEX-2015. END_OF_DOCUMENT_TOKEN_TO_BE_REPLACED

Cellphone, Internet, and telephone services across half of Arizona went dark on Wednesday after vandals sliced a sensitive fiber optic cable, according to those familiar with the situation. The incident is raising concerns about the safety of U.S. infrastructure.

The outage shut down critical services across large parts of the state, preventing individuals from using their phones, bank and ATM cards, and the Internet. Critical services, such as police and state government databases, as well as banks and hospitals, also were affected as a result of the vandalism.   END_OF_DOCUMENT_TOKEN_TO_BE_REPLACED

The Federal Communications Commission (FCC) has voted to approve a wildly controversial Net Neutrality policy that will regulate and tax the Internet intensely, much like the old AT&T telephone monopoly. To help secure political support, Chairman Tom Wheeler made last-minute revisions at the request of Google, according to Politico‘s sources at the Commission.

Congress, conservatives and even liberals who were once advocates for Net Neutrality are frantic over rumors and innuendos about what secret language might be in the most far-reaching and intrusive regulatory action of the 21st century.   END_OF_DOCUMENT_TOKEN_TO_BE_REPLACED

Texas Governor Greg Abbott announced his plans to double the Texas budget for border security. A detailed plan from the Texas Department of Public Safety (DPS) exposed this week reveals what the department will ask the 84th Legislative Session to provide.

A “law enforcement sensitive” report prepared by the DPS was leaked this week by theHouston Chronicle. Initially the 64-page report from the DPS was not embedded in the article but the Chronicle updated the article with the full report on Wednesday.   END_OF_DOCUMENT_TOKEN_TO_BE_REPLACED

The President of Mexico has announced a plan to allow some foreign customs and immigration agents to carry firearms inside Mexico. This comes as a dramatic change to Mexico’s current policy of prohibiting any foreign nationals from possessing a firearm inside its borders. The proposal also allows foreign dignitaries and heads of state to bring their own armed security details.

The program announced by Mexican President Enrique Peña Nieto will require a major reform to the nation’s federal firearms legislation, according to an article appearing onPanAm Post. The reforms will create designated areas where foreign agents will be able to carry the same firearms they carry in their home country, with certain limitations.   END_OF_DOCUMENT_TOKEN_TO_BE_REPLACED

Texas’ top law enforcement agency places the spread of Mexican drug cartel operations across the state as one of the top current security threats. The meteoric rise to power of Mexican cartels is attributed to a porous border as well as the unending demand for drugs, commercial sex and forced labor, the agency wrote.   END_OF_DOCUMENT_TOKEN_TO_BE_REPLACED

Propaganda alert? Does this mean a false flag is underway to ensure the funding of more money for the Air Force?

WASHINGTON (Reuters) – The U.S. Air Force has a quarter of the number of fighter squadrons it did 25 years ago and two-thirds of the active duty airmen, a drop that threatens U.S. air superiority, defense officials told lawmakers on Friday.

“Enough is enough,” Air Force Secretary Deborah James told lawmakers in the House of Representatives as she defended a Pentagon budget request that exceeds federal spending caps. “Given the state of the world … the number one thing we have to stop is this downsizing.”   END_OF_DOCUMENT_TOKEN_TO_BE_REPLACED

In the Middle of the Right

Then the men and women on Law Enforcement and other government types should be shitting their pants.

Some federal and local law enforcement groups view the domestic terror threat from
sovereign citizen groups as equal to — and in some cases greater than — the threat from
foreign Islamic terror groups, such as ISIS, that garner more public attention.

Seems to me to be a whole bunch of nothing…..right now. These folks aren’t a danger….yet. Not unless you try to take their country from them. Steal too many of their freedoms? Yeah, then you can worry.  They won’t be a danger to their fellow citizens, but to the government that tries to steal their freedoms?Your fear of right wing people is, at best, overblown….. For now. You really have nothing to worry about.   END_OF_DOCUMENT_TOKEN_TO_BE_REPLACED