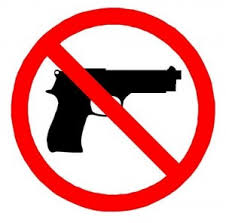 Help the Sheeple – by The Eye is Watching

According to an article on NPR, several anti gun politicians and groups want people whose names appear on the “no fly” list and terrorism watch list to be banned from purchasing guns.

This sounds good on the surface, right? Keep weapons out of the hands of terrorists?

However, this becomes problematic when you realize that those lists are secret, no one knows how you get on them, there is no way to get off of them, and you can be added to them without even the slightest bit of evidence of any wrong doing.

“I think anyone who’s on the terrorist watch list should not lose their Second Amendment right without the ability to challenge that determination,” says Graham, noting that the late Sen. Ted Kennedy showed up on the no-fly list in 2004 because a suspected terrorist was using the alias Edward Kennedy.

Groups such as the anti gun, Mayors Against Illegal Guns supports the measure.

“This is yet another example of zealots on the far right of the gun movement throwing away the baby with the bath water,” says Mark Glaze, the director of Mayors Against Illegal Guns, which supports tighter gun laws.

Some of the “terrorism” suspects who have been added to these lists over the years, late Senator Ted Kennedy, several children under the age of 12, almost anyone bearing the same name as a known terrorist, and countless ordinary, law abiding citizens.

Letting secret government tribunals strip people of the Constitutionally guaranteed rights without due process is far worse than any semi auto ban, magazine capacity limit, or background check law that could be passed.