Did Google Go Too Far? 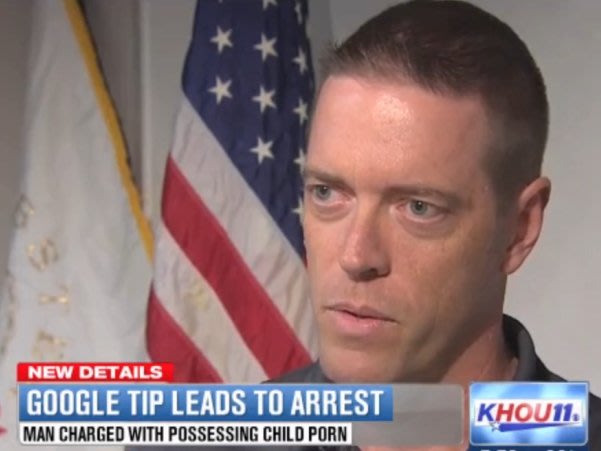 A Houston man has been arrested after Google sent a tip to the National Center for Missing and Exploited Children saying the man had explicit images of a child in his email, according to Houston police.

The man was a registered sex offender, convicted of sexually assaulting a child in 1994, reports Tim Wetzel at KHOU Channel 11 News in Houston.

“He was keeping it inside of his email. I can’t see that information, I can’t see that photo, but Google can,” Detective David Nettles of the Houston Metro Internet Crimes Against Children Taskforce told Channel 11.

After Google reportedly tipped off the National Center for Missing and Exploited Children, the center alerted police, who used the information to get a warrant.

A search of the man’s other devices revealed more suspicious images and text messages. Police arrested him and he’s being held on a $200,000 bond.

On one hand,  most people would certainly applaud the use of technology to scan email in a case like this.

On the other, debate rages about how much privacy users can expect when using Google’s services like email.  In a word: none.

A year ago, in a court brief, Google said as much.  Then, in April, after a class-action case against Google for email scanning fell apart, Google updated its terms of service to warn people that it was automatically analyzing emails .

Considering Google has been working to fight online child sexual abuse since 2006, it stands to reason the company would scan emails looking for those sorts of images. Google has never come right out and said so, but hinted strongly at it about a year ago  when Jacquelline Fuller, director of Google Giving, specifically mentioned the National Center’s “CyberTipline” in a blog post .  The CyberTipline  receives leads and tips regarding suspected crimes.

We’re in the business of making information widely available, but there’s certain ‘information’ that should never be created or found. We can do a lot to ensure it’s not available online—and that when people try to share this disgusting content they are caught and prosecuted.

Online service providers like Google are required under federal and many states’ laws to report child pornography when they find it, attorney Chris Jay Hoofnagle, director of information privacy programs at the Berkeley Center for Law & Technology tells Business Insider.

However they are under no obligation to go out and look for it, Hoofnagle says. “But if you look and you see it, you have to report.”

We reached out to Google for comment and will update the story if we hear back.

3 thoughts on “Did Google Go Too Far?”