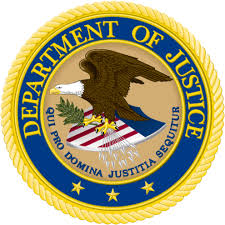 This document provides a cursory summary of select initiatives to reduce firearm violence and an assessment of the evidence for the initiative.

Twitter summary: Buybacks are ineffective unless massive and coupled with a ban

Goal: Reduce access to firearms by incentivizing owners to dispose of their unwanted guns rather than transfer them to a more risky possessor

Evidence: Gun buybacks are ineffective as generally implemented. 1. The buybacks are too small to have an impact. 2. The guns turned in are at low risk of ever being used in a crime. 3. Replacement guns are easily acquired. Unless these three points are overcome, a gun buyback cannot be effective.

The 1997 Australia gun buyback and its associated regulations is an exception to this. 1. It was large, buying back 20% of the firearm stock. 2. It targeted semi-automatic weapons. 3. It coupled the buyback with a ban on certain weapons and a nationwide registration and licensing program. There is strong evidence that it reduced mass killings (before the initiative massacres occurred on average once per year and none have occurred in the 15 years since).

The Australia buyback appears to have had no effect on crime otherwise. One study (Leigh & Neill 2010) has proven confusing in that its abstract suggests that Australia’s gun buyback reduced firearm homicide rates by 80%, but the body of the report finds no effect. Others (Reuter & Mouzas 2003) have used the same data and also found no effect on crime although they also noted that mass shootings appear to have disappeared in Australia. A third study (Chapman et al 2006) using Australian data from 1979 to 2003 shows that the firearm homicide rate was already declining prior to the firearm reforms and that there is no evidence that the new legislation accelerated the declines. This remains true when data through 2007 are added to the analysis (conducted by G. Ridgeway on 1/3/2013 at NIJ).