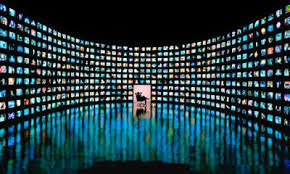 Whatever one believes about Edward Snowden, it would seem that the communist propaganda machine is operating at its limits in a last ditch attempt to completely alter our perception of reality.

Those of us in the patriot movement were in no way surprised by the information Snowden brought forth as we have been talking about the reality of the total surveillance apparatus since its inception back in the early days of Echelon.  When we asserted that every telephone call, fax, tweet, and email, literally every stroke on the keyboard is being recorded, we were told we were getting too much sun and our tinfoil hats were overheating our brains.

It is odd indeed, considering the existence of the common knowledge that our government is deceitful to the point of treason, that when someone working for that treasonous apparatus confirms the treason, only then are too many of us able to accept the obvious truth.

To put this in the most basic perspective:  A neighbor sees someone peeping through your window then calls you to let you know about the peeping tom violating your rights and privacy, and absolutely breaking the law in spying on you.  When the peeping tom is confronted, it is revealed that he or she is in the employ of the government, you know, the government charged with the oath of absolute zero infringement upon our Bill of Rights.  And then the neighbor is arrested for informing you of the crime being committed against you because, in the act of informing you, he has hampered the ability of the peeping tom to look through your window and spy on you with impunity and in violation of the highest law in this country.

Edward Snowden is irrelevant to the fact that crimes have been committed against we the people by what is at this point an illegitimate government.  No matter who Snowden is or what he is, if he has committed espionage, it is not against we the people as the revealing would have to be considered an act of patriotism, which tells the rest of the story, as we see more and more acts of patriotism and advocacy thereof treated as crimes.

So will Edward Snowden be the first American openly executed for espionage against the international socialist insurgency into the United States, or will it be Bradley Manning?  What I see here is an effort to establish punishment for patriotism and a labeling of all patriots as enemy combatants.

Do not forget, in the big scheme of things, spying networks are a part of any combat force as information is a weapon.  Food for thought.

This entry was posted in News. Bookmark the permalink.
4568