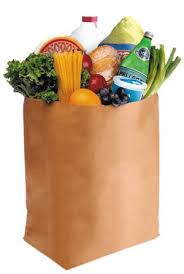 There’s been a strange thing going on lately in Travis County, TX. It’s not a financial crisis, a political crisis or even an economic crisis. However, our county officials think it is an environmental crisis. Now I’m not sure if it is being done in any other county in the country, but it is happening in my county and I’m really annoyed as should other people. I don’t know if it has something to do with Agenda 21 or just another way for the corporations and government to suck more money out of us taxpayers. What I do know is that in our broke economy, Americans like myself, are trying save every penny we can and this seems to me to be just another small but annoying excuse for the government to drain more money out of people’s pockets.

So what is Travis County’s bright idea or trial idea that they hope will make waves with other counties? It’s basically the same thing China and other Communist countries have been doing for years now, and thanks to our Communist government, it is slowly creeping up in our country as well. It’s called charging people for bags when they shop for groceries, clothes, or just about anything in general. Kinda like that Internet sales tax.

Our county officials, however, see it as a way of helping to save and protect the environment by getting the people to think that plastic bags, which you cannot recycle, are bad and should be outlawed.

Now, I’m may be ok with that logic, shouldn’t I be given a choice? Isn’t that my right as an American? Remember the old saying, “Paper or plastic” when grocery shopping back in the day? Remember when we had a choice? I do. So why can’t we now?

That’s an easy answer. The government and corporations need to suck more money out of the taxpayers. How do they do that? By charging you for paper bags or bags with the corporate logos on them. They take an environmental problem and use it at as a means to make an extra profit off of it by saying, plastic bags are non-recyclable and bad, while paper bags are recyclable and good, but they should still be paid for by the taxpayer and not by the business.

After all, it’s all the taxpayers fault that our environment is bad. The corporations and government are the good guys trying to teach us how to be “proper and responsible citizens” because we don’t know how take care of ourselves. If you believe that, then I got two free tickets to Obama’s next college speech.

Now many of you will say, “Well, SAM’s club, BJ’s, Aldis and wholesale clubs have been doing this for years now. So who cares.” While you may be right, that’s different. That is wholesale, whereas this is retail. Retail companies are supposed to factor that into their inventory and budget. If they can’t, then that’s their problem, NOT the taxpayers. The banks and Wall Street started this trend of making the taxpayers pay for their bad business decisions and now retail companies, corporations and our government are quickly following the bad example.

This has been going on for a month or so now as a trial in Travis County without so much as a debate. Many people either bring their own bags or don’t bring any at all. I personally refuse to pay an extra 10 or 20 cents per bag when I never had to do that before.

As a matter of fact, I’m still confused as to why they are really doing this at all. So I took it upon myself to go to Petco and even the H.E.B. grocery store to ask a couple of young college clerks in order to find an answer to my question.

Starting with Petco, I ask the clerk, “So how come nobody is using bags anymore? Is it a Travis county thing or what?”

So the clerk says, “Yea, it’s kind of a Travis County thing.”

So I said, “So how come they are doing this now all of a sudden?”

So I said, “Really? But isn’t that what our tax dollars go to? To pay for the bags. How come we have to pay for them now when we never had to before?”

So he then changes his answer yet again and says, “Well, it’s kinda good because there are a lot of plastic bags floating around in the waters and flying around in the streets and it teaches people how to recycle.”

(Sigh!) The dumbing down of America. I just looked at him thinking now that was just the biggest MSM propaganda bullshit response I’ve ever heard. Keep watching the MSM and keep paying for those high quality, college indoctrination fees, you fool. But instead of laughing at him for his naïve little mind, I decided to challenge him further and said, “Ok, but we have always recycled and it has been fine, so why do we have to do this now all of a sudden and be charged or penalized for it?”

By this point, the clerk was hurrying me up to ring me out because he was running out of excuses and was like a robot ready to crash and say, “Does not compute! Does not compute! AHHH!!!!”. He could not give me a response, so I left it at that.

So I go to H.E.B. immediately after that and noticed people getting upset and annoyed about it at the register. So when the young college looking clerk started to ring me out, he asked, “Did you want to purchase a bag today?” I said, “No thanks. I’m boycotting.” He gave me a weird look and then said nothing.

Needless to say, I’m thinking these must have been the same kind of unintelligent students that Obama was preaching to the other day during his speech at Ohio University. I understand that most of the clerks play the “I’m just doing my job” card, but I can tell others were very uncomfortable and not too happy with asking people whether or not they want to purchase a paper bag.

So as you can see, our government and the corporations not only suck money out of us by charging the air we breathe and the water we drink, but now they are charging us for bags to put our food in at the grocery store or bags to put our clothes in at the clothing stores. What used to be free is no longer free. The corporations and government are not making their quotas, so we the customer and taxpayers have to pay for it like everything else. Just like we the taxpayers have to pay for illegal immigrants getting food stamps and our social security and for the illegal wars, Zionist Israel and for bailing out Wall Street and the central bankers. EVERYTHING must be paid for by we the taxpayers. EVERY SINGLE penny!!!

This is sick. We have truly entered another low point in history if people are just going to continue to go along with this without an argument. There was never any vote on it, there was never any debate. Like everything else, it was a decision made by just one stupid little Communist County official, who woke up one morning and said, “Hey, let’s try and suck more money out of the already struggling U.S. taxpayers by charging them for bags. They have a choice to either take it or leave it.”

So the next time you go to a store, you may be surprised to find out that when you get to the counter, instead of hearing, “Paper or plastic”, you will be hearing the clerk say, “Paper for 20 cents or you can carry your own groceries home.”