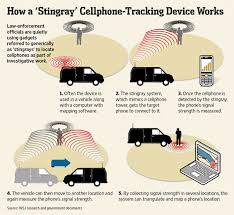 According to a Washington Times report, the FBI has admitted that it made extensive use for the last five years of a cell phone tracking program that can pinpoint callers’ locations and record their conversations — all without a warrant.

The program, called ‘Stingray’ was revealed at a hearing today in a federal court in Arizona by Justice Department attorneys in the case of U.S. vs. Rigmaiden.The 2008 case involves a man charged with identity theft. His attorneys are seeking to quash evidence obtained by Stingray, using the argument that using Stingray constitutes a search and would require an actual warrant.

Stingray works by mimicking a cell phone tower, so that it can easily zoom in on a cell phone’s location and pick up and record conversations as well as data. The apparatus can easily fit in an unmarked van.

The Justice Department lawyers told the court that instead of going through a process like getting a warrant and convincing a judge there’s probable cause, Stingray operates under the authority of “pen register” orders. These court orders are usually issued to allow the collection of what’s known as “metadata” — recording all phone numbers calling to or called from a particular number, for instance. Stingray, of course, collects a lot more than that.

Not only does it record calls and collect data from the targeted phone, but from all other phones within range.There also is apparently fairly lax oversight in how the FBI or other agencies uses it.