Five Facts About the New Glass-Steagall 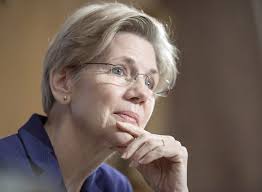 Financial reform is stuck. There was sensible intent in the Dodd-Frank legislation of 2010, but the pressure from global megabanks has overwhelmed regulators.

The only way to remake the system is through renewed and focused impetus from Congress. Today may have marked that moment: Four senators — Republican John McCain, Democrats Elizabeth Warren and Maria Cantwell, and Independent Angus King — have unveiled their “21st century Glass-Steagall Act,” which has potential to protect us from the worst problems in the banking industry while making it a better engine of prosperity.

The biggest U.S. banks have become too big to manage, too big to regulate, and too big to jail. At a stroke, the proposed law would force global megabanks such as JPMorgan Chase and Bank of America to become smaller and much simpler — divorcing high risk activities from plain-vanilla traditional banking. Their failures would no longer threaten to bring down the economy.

Naturally, Wall Street will respond with a huge disinformation campaign, saying that the bill would cause the sky to fall. As the debate intensifies, keep in mind the following five points.

1) The bill would actually help small banks, because it would force the taxpayer-subsidized megabanks and related financial companies to break up. Anything that tilts the playing field back toward smaller financial institutions is good for the small business sector.

2) The simplifying intent of the 21st century Glass-Steagall Act is complementary to other serious reform efforts underway, including plans for the “resolution,” or managed liquidation, of any financial firm that fails. The main problem for resolution is that the largest firms are incredibly complex, and the impact of any failure could reach far and wide in unpredictable way. Making the biggest financial firms simpler would also dovetail nicely with the legislation proposed earlier this year, by Senator Sherrod Brown, Democrat of Ohio, and Senator David Vitter, Republican of Louisiana, that would significantly increase capital requirements for the very largest banks.

3) Proponents of big banks will claim that the breakdown of the original Glass-Steagall Act (which separated commercial and investment banking) did not contribute to the crisis of 2007-08. That view is so wrong that James Kwak and I wrote an entire book debunking it. More important, what did or did not happen in the run-up to 2007 is largely irrelevant. The doctrine of “too big to fail” has been with us for some time, but it was fully established by the policy response that followed the collapse of Lehman Brothers.

4) As the preamble to the 21st century Glass-Steagall Act points out, it represents a convergence with European reform thinking, as seen in the Vickers Report (for the U.K.) and the Liikanen Report (for Europe more broadly). We need structural change in banking in all major financial centers if large-scale cross-border banking is to become safer and better run.

5) The Treasury Department is not going to welcome the legislation — in fact, it may assist in mobilizing opposition. At this stage, this is an advantage, not a problem. Treasury has a severe case of reform fatigue. It’s time for someone else to carry the ball.

We can also expect Wall Street to claim that that the bill is all the work of people with “pitchforks” -– meaning populists who do not understand economics. On the contrary, the 21st century Glass-Steagall Act is very smart economics, based on a deep understanding of the politics that produce financial instability. It draws broadly on bipartisan and technocratic thinking, led by people such as Richard Fisher, president of the Dallas Fed, Sheila Bair, the former head of the Federal Deposit Insurance Corporation, and Tom Hoenig, the current vice-chairman of the F.D.I.C.

In claiming that federal action is going to bring down the markets, today’s anti-reformers are simply repeating what their counterparts said before and just after the first Glass-Steagall Act was passed in the 1930s. What we got instead was more than 50 years of financial stability and a rising middle class.

2 thoughts on “Five Facts About the New Glass-Steagall”