From the Trenches Defending Against Massive Attack 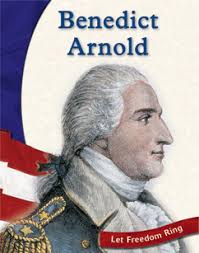 From the Trenches has sustained a major attack as we were making our run to recapture patriot communication.  As we are held down, Alex Jones, Mark Dice, Rush Limbaugh, and Matt Drudge have consolidated in a desperate attempt to maintain their control as the alternate controlled media that has now joined with the mainstream propaganda machine.

The neo-con national socialists have come to an accord with the soviet socialists to retain power following the civil war that they all will work hand in hand to instigate as they attempt to turn our eyes away from the Zionists at the root of our oppression and redirect it toward the Muslims for the invasion of the Middle East and Zionist conquest.

As we have predicted would happen, the two factions are now joined and are working hand in hand toward the ultimate destruction and enslavement of the American nationals as they plan the distribution among themselves of the last of our wealth that they intend to conquer as we kill one another for them.

Tune into the Word From the Trenches at 12:00 Pacific time for more discussion on this matter.

God bless the Republic, death to the international corporate mafia, et.al., we will prevail.

5 thoughts on “From the Trenches Defending Against Massive Attack”