Front Runners For The 112th Pope 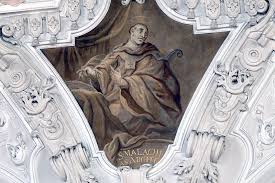 Beyond the Haze – by Monroe Wolf

In a recent article published by the AP, 15 Cardinals are considered to be in the front running to be the next Pope.

You can read the article from their site below, but come back cause it gets interesting:

Top Contenders To Be Next Pope Are?

Now, according to a 900 year old Papal Prophecy by St. Malachy, the next and final Pope will be known as “Petrus Romanus”, or Peter The Roman.  St. Malachy predicted a total of 112 Pope’s from his time till the end days.  Since that prophecy, 111 Popes have come and gone, with the last one being Pope Benedict XVI who as we all know is retired as of February 28th.  The next Pope, according to prophecy, will oversee the last days.

You can read all about the 900 year old prophecy in a great article by Mac Slavo on his site here.

So who is this last Pope supposed to be?  Well, according to prophecy and as stated above he is to be known as “Peter The Roman”.  If we look at the list above we can see 2 names that could fit into this prophecy:

Here’s a quote from the article above:

So what do we have here?  Peter from a Roman Curia.  Seems to be a bit too much of a coincidence because Peter from the Roman Curia fits quite nicely into the prophecy “Petrus Romanus”, Peter The Roman.

5 thoughts on “Front Runners For The 112th Pope”