Got Diabetes? Smoke Two Joints and Call Me in the Morning 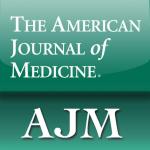 Sometimes the cure for a serious disease might be right under our nose but we just don’t see it (I think of the accidental discovery of penicillin, for instance).  Other times a cure or treatment might seem so unlikely that you just can’t imagine it.  I had both of those reactions when I read a recent American Journal of Medicine article suggesting that marijuana might just be the best medicine to treat and even prevent diabetes.

The article states that a study of 579 current marijuana users and 1975 past users found that current marijuana use was associated with 16% lower fasting insulin levels and 17% lower levels of insulin resistance among other positive resuls.  The study also found “significant associations between marijuana use and smaller waist circumferences.”

First of all, I love the idea of people self-reporting that they are “past users” of marijuana.  I can imagine the interview:

Researcher:  Do you smoke marijuana?

Study subject: Who me? Oh, no.  Haven’t touched the stuff since college.  Can you pass the Doritos?

Furthermore, it would seem we all know that excessive eating leading to obesity is one of the primary causes of Type II diabetes.  I think we all also know that the first thing a marijuana user does upon realizing they are stoned is order $125 worth of Chinese food.  It seems counter-intuitive that getting wasted would lead to a lower incidence of diabetes.  $125 can go a long way at a Chinese restaurant.

Thus it is particularly surprising to see that marijuana may lead to “smaller waist circumferences” as reported in the article. Seriously?  I am wondering if the waist measurement was relative or if the editors of the article accidentally cut out the beginning of the sentence, which originally said, “compared to New Jersey Governor Chris Christie, people who use marijuana have smaller waist circumferences.”  But the article itself mentions the obvious “munchies” paradox and notes:

Despite these associations with increased caloric intake, marijuana use has been associated with lower body mass index (BMI) and a lower prevalence of obesity and diabetes mellitus. The mechanisms underlying this paradox have not been determined, and the impact of regular marijuana use on insulin resistance and cardiometabolic risk factors remains unknown.

Maybe habitual marijuana users lose weight running from the police? In any event, this is clearly a topic that requires further study.

One of the big problems with diabetes is getting patients to be compliant with their treatment regimen.  I am guessing if the prescription was “Smoke Two Joints in the Morning, Smoke Two Joints at Night” it would be much easier to get people to follow their doctors’ orders.  Kids, in particular, would line up to take their medicine, which they could conveniently pick up at school behind the bleachers.  Instead of stepping into the hall to inject insulin or activate their pump, it would sound like this, “Excuse me teacher, I have to go take my diabetes medicine.  I’ll be back, uh, tomorrow after I’m done counting the blades of grass on the track field.”

Even better for those who like to inhale, it seems that the positive impact of marijuana on diabetes is somewhat transient in nature. In other words, if you stop smoking, the positive effects on fasting insulin, A1C, and BMI begin to dissipate.  Thus, from a diabetes management perspective, one must keep up with their prescription and not let the dime bag run dry.  As comedian Ron White says, “You know what I call it when I have 7/8 of a gram of marijuana? I call it being out of marijuana.”

It is worth noting that U.S. spending on anti-diabetic drugs was around $20 billion in 2011, which was up 11% from the prior year so it is probably up even more now in 2013. But drug companies are struggling as their diabetes drugs come off patent and desperately seeking new molecules and formulations to protect their revenue and profits.  Just think what a shot in the arm (wait, wrong drug) it would be for the industry if they could start growing and selling their own particular brands of marijuana instead.

As the American Journal of Medicine article points out, “Marijuana is the most commonly used illicit drug in the United States, and use is increasing. The 2010 National Survey on Drug Use and Health reported that between 2007 and 2010, the prevalence of marijuana use among persons aged 12 years and older increased from 5.8% to 6.9%, meaning there are an estimated 17.4 million current users of marijuana.” The value of all of the top 20 prescription drugs sold in the U.S. in 2011 was $312 billion.  The U.S. marijuana market, if you include legal and illegal marijuana, is already closer to $100 billion (not including imports!), so the revenue opportunity has got to be pretty tempting for those big pharma folk.    Over 48 million generic Metformin prescriptions were written in the U.S. in 2010.  There is a lot of market to monetize between 17 million people and 48 million people.

Of course, more than doubling the rate of marijuana use won’t help us cut costs in our healthcare system (can you imagine what Aetna’s or Cigna’s marijuana formulary might look like and how it gets curated?), but it would certainly shore up flagging revenues at the nation’s fast food companies, and apparently without the nasty weight gain that usually accompanies it.

There are several hypotheses about why marijuana helps manage or reduce diabetes, but very little confirmed science about causality.  My first thought is that smoking enough marijuana just makes you forget you have diabetes, but that is probably not going to hold up as the primary mechanism of action.  Nevertheless I can imagine it will be very easy to recruit for the clinical trials that will be necessary to get the FDA on board.  Stand outside any college dormitory after midnight with a recruitment sign and a box of Twinkies and the enrollment will be complete by 2 am.

And if you think that marijuana as a cure for diabetes seems far-fetched, apparently the next headline you might see will be that eating pork will have the equivalent medical effect.  It seems that legal cannabis growers in Washington State face a quandary over what to do with the excess stems, roots and leaves from their plants and the most entrepreneurial among them have created a market by turning it into pig food.  Turns out that the pigs that are fed marijuana waste are plumper and tastier, although they do not fit well in rolling papers.  No word yet as to whether the therapeutic effects of marijuana survive the sausage-making process.

2 thoughts on “Got Diabetes? Smoke Two Joints and Call Me in the Morning”