A homeless teenager was arrested in the murder of a dance student at the University of Texas at Austin, police said on Friday.

Meechaiel Criner, 17, was taken into custody on Thursday and held on $1 million bond, online records showed. Haruka Weiser, 18, of Portland, Oregon, was reported missing on Monday. Her body was found on Tuesday behind the university’s alumni center. 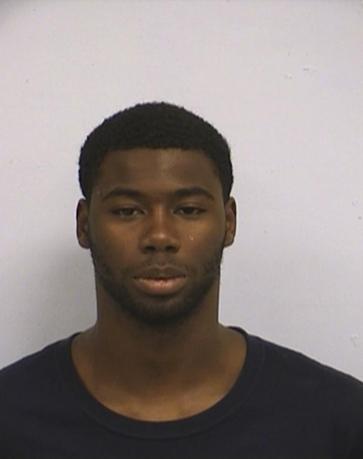 It was the first on-campus killing at the university since a 1966 mass shooting by a sniper.

Weiser’s death sent shockwaves across the campus and among the 64,000 students, faculty and staff.

Police said she had left a drama building on campus on Sunday night, likely headed for her dormitory, but never made it. An arrest affidavit for Criner said there was trauma on Weiser’s body and that her possessions were not found.

A video was released on Thursday showing a person of interest near where Weiser’s body had been found. A young woman who reported a trash fire near the campus on Monday recognized the person in the video as the one who had started the blaze and told police.

According to the affidavit, a separate surveillance video showed a person with a “shiny rigid object” who followed a woman across a bridge and onto a sidewalk before they moved out of frame.

Austin Police Chief Art Acevedo told a news conference that investigators had found items at the fire that were believed to belong to Weiser.

Police tracked Criner to a homeless shelter, where he was arrested. He faces charges of murder of tampering with evidence, police said.

“We are very certain that the suspect in custody is the suspect responsible for the death of this beautiful young woman,” Acevedo said. Criner is expected to be charged with murder.

Criner, who was not a student at the university, had a bag believed to belong to Weiser, Acevedo said.

He said the motive for the killing was not known.

Weiser, a dance major, had planned to declare a second major in pre-med studies, her family said.

“We remain steadfast in our desire to honor Haruka’s memory through kindness and love, not violence,” her family said in a statement on Friday.