Homeschooling: The Future of Liberty 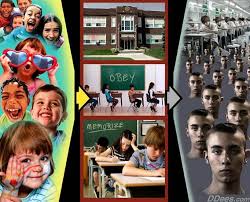 A common feature of authoritarian regimes is the criminalization of alternatives to government-controlled education. Dictators recognize the danger that free thought poses to their rule, and few things promote the thinking of “unapproved” thoughts like an education controlled by parents instead of the state. That is why the National Socialist (Nazi) government of Germany outlawed homeschooling in 1938.

Sadly, these Nazi-era restrictions on parental rights remain the law in Germany, leaving parents who wish greater control over their children’s education without options. That is why in 2006 Uwe and Hannalore Romeike, a German couple who wanted to homeschool their three children for religious reasons, sought asylum in the United States. Immigration judge Lawrence Burman upheld their application for asylum, recognizing that the freedom of parents to homeschool was a “basic human right.”

Unfortunately, the current US administration does not see it that way, and has announced that it is appealing Judge Burman’s decision. If the administration is successful, the Romeikes could be sent back to Germany where they will be forced to send their children to schools whose teaching violates their religious beliefs. If they refuse, they face huge fines, jail time, or even the loss of custody of their children!

The Administration’s appeal claims that the federal government has the constitutional authority to ban homeschooling in all fifty states. The truth is, the Constitution gives the federal government no power to control any aspect of education. Furthermore, parents who, like the Romeikes, have a religious motivation for homeschooling should be protected by the free exercise clause of the First Amendment.

The federal government’s hostility to homeschooling is shared by officials at all levels of government. Despite the movement’s success in legalizing homeschooling in every state, many families are still subjected to harassment by local officials. The harassment ranges from “home visits” by child protective agencies to criminal prosecution for violating truancy laws.

Every American who values liberty should support the homeschoolers’ cause. If the government can usurp parental authority over something as fundamental as the education of their children, there is almost no area of parenthood off limits to government interference.

Homeschooling has proven to be an effective means of education. We are all familiar with the remarkable academic achievements, including in national spelling bees and other competitions, by homeshcooled children. In addition, homeschooled students generally fare better than their public school educated peers on all measures of academic performance.

It makes sense that children do better when their education is controlled by those who know their unique needs best, rather than by a federal bureaucrat. A strong homeschooling movement may also improve other forms of education. If competition improves goods and services in other areas of life, why wouldn’t competition improve education? A large and growing homeschooling movement could inspire public and private schools to innovate and improve.

When the government interferes with a parent’s ability to choose the type of education that is best for their child, it is acting immorally and in manner inconsistent with a free society. A government that infringes on the rights of homeschooling will eventually infringe on the rights of all parents. Homeschooled children are more likely to embrace the philosophy of freedom, and to join the efforts to restore liberty. In fact, I would not be surprised if the future leaders of the liberty movement where homeschooled.

I believe so strongly in the homeschooling movement that I have just announced my own curriculum for homeschooling families. Please visit this revolutionary new project at http://www.ronpaulcurriculum.com.

2 thoughts on “Homeschooling: The Future of Liberty”