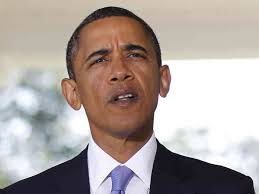 It is time to state openly, often, and unapologetically that Barack Obama is a socialist operator who despises much of what America stands for. His policies, his actions, his unveiled contempt for its institutions are on display everywhere. Anybody who looks upon this man as just another politician is woefully foolish. Likewise for Eric Holder, the chief law official of the land, who shows open disdain for law.

We start by calling out and condemning the elitist conservatives who describe Obama as a great intellect. What proof is there of intellect outside of his ability as a smooth talker and a crass political operative?

His academic records (and practically all other records) are hidden. His handlers have determined that the American people should not be privy to that information. We do not know what his academic achievements were, if there were any. And we do ourselves a disservice if we allow a degree from Harvard to cloud our thinking. Harvard is a liberal university beholden to affirmative action. That behavior in my book is the most pernicious liberal racism. It denies us the chance to show our true worth. No black student can escape the stigma of not having to perform up to everybody else’s standards, yet still receive a degree.

I am often amused by the notion of many whites that we (blacks) are “intelligent” if we talk like white people. Proper diction does not intelligence make. It simply means that you grew up around educated people (white people, in Obama’s case) or you took speech lessons, as I did.

Next, conservatives must acknowledge that Obama and the liberals who propel him are foes, not benign “fellow Americans.” They hate the traditional values that most Americans hold dear, and many hate conservatives outright. You cannot compromise with this mindset. It is either us and a salvaged America or them and a savaged, destroyed America. Compromise (often touted as “bipartisanship”) is not possible when truth is pitted against the lie, right is pitted against wrong, and what is natural is pitted against perversion. There can be no “fair and balanced” when these are the dichotomies presented, because they are diametrically opposed.

As long as traditional conservatives must work from the premise that “truth” cannot be relative, as the God of Truth deems that it cannot be, we cannot engage liars. Likewise, we cannot accept that every issue is subject to varying opinions. Sometimes it is a matter of what should and should not be. It is wrong to mainstream destructive behaviors such as homosexuality. It is wrong to sanction the killing of the pre-born. No amount of intellectual spin from liberals and libertarians will change that fact.

And in the midst of the slow destruction of this nation, it behooves Americans to prepare for what might become inevitable – the use of other than peaceful means to determine the direction of this nation. What the forces behind Obama and his minions want for this country is surrender. The pattern of dictatorial regimes throughout human history has been to bring the masses to heel. They become paternalistic “father-governments,” sometimes benevolent but more often than not, tyrannical (think Joseph Stalin, Hugo Chavez, Fidel Castro, Robert Mugabe).

In the end, what those who are currently in control want for America’s future is a form of slavery – slavery of the mind. My ancestors have been there and done that. I am, therefore, not inclined to accept that direction. It is my fervent hope that enough Americans have grown so enamored of freedom that they will join me in a simple “no” to Barack Obama and his minions, and act accordingly.

2 thoughts on “Identify the problem”