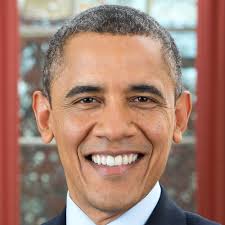 SHTFplan Editor’s Note: When Joe ‘The Plumber’ Wurzelbacher challenged then candidate Barrack Obama face-to-face on his plans for “spreading the wealth around” ahead of the 2008 Presidential election, it should have been a wake up call to America. Unfortunately, more than half of our voting population ignored the warnings. Now, many of those who supported the President’s policies and ideas are waking up, but the damage has already been done. The hope he promised is quickly fading away. In the following article, graciously contributed by Joe For America, Joe outlines the sheer hypocrisy of this President, who ran on a platform of transparency and change. Yeah, things have definitely changed, and it’s clear that the changes have been for the worse – at least for those of us living on Main Street.

If the rest of us followed what President Barack Hussein Obama said and did, we would…

Take vacations at the expense of others, and those vacations would take place at the most inopportune times.

We’d stick our nose into other people’s business, make wild accusations and then invite that person over for a beer.

We would tell everybody else how to run their business, what product and how much of that product they should sell, at what price and then if, god forbid, they manage to make a profit, tax them out of business.

We would try to appease everyone, especially people who did not have our best interests in mind.

We would split our friends and family up into groups according to their income, race, sexual preference, country of origin, gender, age, body type, religion, creed and then do everything we can to get each group to despise one another.

We’d spy on the neighbors without any guilt, and if caught would defend our actions by claiming we were only trying to protect our neighbors.

We would spend everyone else’s money, then take expensive trips to Africa, bringing their family, bodyguards and friends with us.

We would blame others for our own mistakes.

We would blame others for our own mistakes. (bears repeating twice)

We’d all be selfish, unethical, deceptive, and just bad for us.

We would disrespect our military, using them as props or have them do menial task (like holding an umbrella)

We would help terrorist destroy our country.

We would fundamentally transform the greatest country there ever was into a failed social experiment.

We would destroy America.

You can also sign up for Joe’s newsletter and be entered for a chance to win a brand new Core 15 M4 semi-automatic rifle and other awesome gear. The contest entry deadline is August 31, 2013, so make sure you sign up today!