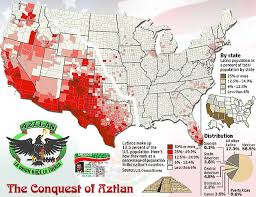 The insurgent Barrack Obama used the word “jobs” 49 times in his inauguration speech, but jobs for whom? The White House yesterday leaked Obama’s proposed legislation for so called immigration reform, which in reality is an amnesty for 100 million felons, which represent his loyal foreign insurgent ground forces who are to replace the American workforce.

This unconstitutional and treasonous legislation would give visas to every felonious foreign invader, even those who have broken our laws and have been jailed, so long as they were not sentenced to a year or more.

Last week it was revealed that American taxpayers are being forced to pay $2 billion per year for emergency room care for the foreign invaders.  And we all know we are paying hundreds of billions more to educate, house, and feed this foreign invasion army.  When an illegal crosses into our country, takes a job, welfare, food stamps, HUD, and Medicaid, all American nationals are having something taken from them to give to the foreigner.

The traitor Obama believes it is his right at dictator to take from we American nationals and give to people of other countries.  He thinks he does not need our consent and believes he can use the forces we finance to enforce our law to make us accept his breaking of said law.

The so called Hispanics in the United States are now bragging that within ten years they will be the majority.  This is proof positive that our people, the American nationals, are being displaced and replaced and that our real property is being seized and being turned over to nationals from other countries around the world.

These traitors from within pushing the turnover of the US to foreigners are telling us that we are actually asking them to do these things.  It is a lie that they know as a lie, that we know that they know is a lie.  But they continue onward as they feel safe in doing so because if we step up to forcibly resist this blatant invasion and takeover, we are labeled as the bad guys.  How dare we not want to freely turn over our nation to the peoples of other countries?

Now we have Mexicans here illegally who are arrogantly spouting that we are the interlopers because they once possessed the land before they were conquered and driven out.  To suggest that we cannot do so again is yet another act of treason.  These traitors in the government can count how many come to the hospitals, welfare offices, and HUD offices, but for some unknown reason, they cannot arrest these criminals and deport them as our law demands they do.

These traitors who have infiltrated our highest seats of power are allied to every invader from every country who will agree to come here and assist in displacing us.  This cannot go on much longer and once the Revolution goes hot, we must punish those peasants who thought they possessed what it would take to bring the American nationals to their knees.