Israelis Put Down Their Foot in the US Senate 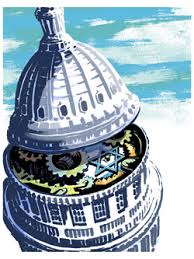 The Zio-Communist dual citizens so called Israeli-Americans, operating within the treasonous cabal in the District of Criminals have introduced the Nuclear Weapon Free Iran Act of 2013 in direct defiance of the will of the American people, who made it abundantly clear that we do not support any further foreign incursions designed to facilitate the further conquest of Zion.

No matter what the lying propagandists tell you, it was our opposition that put the kibosh on US love missiles being fired into Syria, after which Syria was supposed to retaliate by firing on Israel who ordered the attack, which would have resulted in, under current defense compacts, the US stepping into a war in Syria designed to spread into Lebanon and then Iran.

This latest legislation is Netanyahu’s way of saying, “Up yours” to the American people.  The fact is the Senate voted 99-0 back in May of last year to put the United States military at the disposal of Israel, even if that country starts a conflict through an aggressive act.

The United States taxpayer, right now, is paying to destroy Syria’s chemical weapons arsenal, which is in reality the only defense that country had against Israeli nuclear aggression.

This new legislation places sanctions on Iran during peace negotiations.  Again, though we American nationals have made it clear that we want peace, the Israelis are asserting that our will is irrelevant to the equation as they believe the puppet government they have implanted in our country can and will control any opposition we have to having our young people once again thrust into the Middle East meat grinder for the greater glory of Zion.

Israel does not want Iran to have nuclear technology because the Israelis demand a nuclear monopoly in the region.  And it is not just about war power.  It is also in direct correlation with nuclear technology in the medical industry.  Look what is happening in the Middle East.  Every country that starts to rise up to the point that it might become a competition to the Israelis is being bombed back into the third world by the Israeli’s lapdog US military.

It is bad enough that the contention continues to be brought forth that the United Nations can create laws for Americans which violate our Bill of Rights, Constitution, and national sovereignty, now the little parasitic pee ant country of Israel is stepping up to push their dictates upon us though bribery, blackmail, and every other form of criminality being implemented to reward or punish those willing to commit treason against our country and our people.

The American Zionists who are sponsoring and voting for this should immediately be registered as foreign agents and shortly thereafter charged with espionage.  There is nothing left in Washington DC but contempt for the American people and our way of life.  Until we remove this parasitic Zionist tick from the body of our country, we will know no peace.

May the Creator help us to find a way to that end.