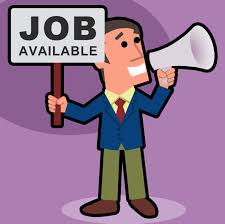 Nutritional Science Expert: Don’t get too excited by the name, since it’s just a job working for a corporate monolith called “McDonald’s.” The hours are shitty, the pay is lousy and you’ll end your shift smelling like greasy hamburgers that don’t contain any ham or beef, just horse meat and sawdust.
But just think of the upside! If this is your first job, you’ll get a good education in what jobs in the real world are like;

Working for some faceless overlord who pays you pennies while they’re raking in billions. If you’re over 50 and just started working at this mind-numbing outfit, that means your good paying job that had decent benefits got ‘outsourced’ to India or Bangladesh or China. Thank your other faceless overlords, the ‘always open for business’ brothel known as Congress for shipping your job overseas.

McDonald’s is where many SUBWAY male employees wind up, because they started feeling so inadequate at SUBWAY handling 12″ pieces of meat.

Customer Interaction Specialist: Another job that sounds much better than it is, working for that other corporate monolith, Wal Mart. Do I need to repeat that the hours are shitty, the pay is lousy, but at least you won’t end up smelling like greasy hamburgers when your boring as hell shift is done, you’ll smell like burnt toast, because that’s what your brain turns into after one day on the job.

Did I say job? Scratch that, working in a bottomless pit mining ore with some 300 pound gorilla cracking the whip on yer back while you breathe contaminated air and worry constantly if you’ll go home alive is a job. Come to think of it, that does sound like working at Wal Mart.

But don’t blame the owners, the Walton gang of Arkansas. They’re just multi-billionaires with a shitload of expensive toys, luxury cars, fab homes, private jets and bought for politicians, so they need ALL the money in the world to get by, so STFU and get back to stuffing all that cheap ass shit from China on the shelves for your customers to buy, who then go home and bitch that there’s no good jobs around.

But don’t despair! Wal Mart pays so poorly that many of its employees are eligible for government aid, so get down to the AFDWC office today!

What you’ll feel like after your first week at Wal Mart. No, you’re not the one dressed in black, that’s one of the Waltons

Prostitute: Good pay, you set your own hours and you get to retire early! The downside is that you’ll probably catch an antibiotic resistant STD, get your head smashed in by some psychotic ‘john’ and have to pay a healthy portion of your wages to the local police so they don’t bust yer ass. The cops will also demand ‘freebies’ that you can’t say no to, unless you want a psychotic ‘john’ in uniform to bust in yer head, then get tossed in jail on trumped up charges.

Another downside is that due to the economic ‘downsizing’ going on since the planned implosion of the economy by our buds at the FED and those ‘Too Big to Fail’ Wall Street banks, the field is crowded. So crowded that you’ll probably run into your working daughter or son, one of whom got fired from McDonald’s and the other from Wal Mart. Maybe even run into your husband, whose supposed to be out ‘drinking beer and playing poker’ with his buds.

He’s playing ‘poker’ for sure.

Therapeutic Supply Distributor: Don’t be fooled by the fancy sounding name, you’re just a drug dealer. If you don’t mind living in a state of paranoia, constantly peeping out your windows, looking for cop cars, then this job is for you!

You set your own hours, which means you’ll be working 24/7, since your ‘clients’ that are into coke or meth will demand their drug of choice at 3 am and you better be ready to serve them, unless you want some whacked out meth head breaking into your house, searching for your stash.

The pay is great, which is good, because you need lots of loot to pay off the police, the DA, a neighbor or two and keep a lawyer on retainer to bust you out of jail.

Another upside is that thanks to the government’s never-ending ‘War on Drugs,’ and the ‘War on Terror’ there’s a shitload of cocaine and heroin available at decent prices. Also marijuana, but keeping several pounds of ‘skunk’ weed around the house is somewhat dangerous, since the entire place starts smelling like Cheech and Chong live in the basement.

Televangelist: Now we’re talking, since this is possibly the best paying job around and the money you rake in is TAX FREE! You can preach hellfire and damnation 24/7 over the radio, but using the TV is preferred, since Americans are known to spend hours and hours watching the boob tube, even going so far as to click thru the channels, endlessly searching the TV for something they can relate to and make their life meaningful and that’s where you come in!

Be sure to ally yourself with Israel, and pound the Bible about some silly shit that if you hate Israel, you hate Jews, which means you hate G-d and are going to hell forever and ever, and the loot will start arriving in dump trucks.

Also, remind your flock that the ‘Rapture’s almost here, so they need to get on the right side of G-d by giving you even more money and they’ll clean out their bank accounts, give it to you in the hopes they get to a fairy tale land called ‘Heaven.’

Holocau$t Reparations Swindler: Quite possibly the greatest job in the world, since it involves no actual work, but you must be skilled in fleecing the GOYIM. All you need to be is a manipulative, lying, thieving con artist who has no sense of shame, but remember, you’re a Jew and as such, you get to rob the Gentiles blind because a G-d, created by other Jew con artists, commands you to do so!

Beware of the pitfalls, like HeLie Weasel found out that you don’t invest your loot with another Jew con artist, a mistake that cost Mr. Weasel 20 mil.

Since this job category is a blog unto itself, which is fodder for another day, if we’re all still on the planet that hasn’t been vaporized by Israel getting its bitch the USSA, to start WWIII.

16 thoughts on “Jobs Available to Americans!”