Letter to Sen. Wyden: We are being Sprayed on a Daily Basis! 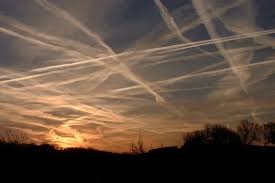 The fact that you work in an office and I work outside speaks to the fact that you and your team probably have no clue how bad the project to modify the upper atmosphere has become in southern Oregon, east of the Cascades. In fact, it is making us sick.  YES. SICK. Many people are complaining of colds that do not go away, of upper respiratory tightness, frequent headaches, “brain fog” and a background fatigue.

Here in Klamath County, Oregon, WE ARE BEING SPRAYED ON A DAILY BASIS! Lake and Deschutes counties are also frequent targets.

This experiment on the citizens of southern Oregon is unconscionable given the fact that according to:

SEC. 1078. RESTRICTIONS ON THE USE OF HUMAN SUBJECTS FOR TESTING OF CHEMICAL OR BIOLOGICAL AGENTS.

(a) PROHIBITED ACTIVITIES.—The Secretary of Defense may not conduct (directly or by contract)

(1) any test or experiment involving the use of a chemical agent or biological agent on a civilian population; or

(2) any other testing of a chemical agent or biological agent on human subjects.

(b) EXCEPTIONS.—Subject to subsections (c), (d), and (e), the prohibition in subsection (a) does not apply to a test or experiment carried out for any of the following purposes:

(1) Any peaceful purpose that is related to a medical, therapeutic, pharmaceutical, agricultural, industrial, or research activity.

(2) Any purpose that is directly related to protection against toxic chemicals or biological weapons and agents.

(3) Any law enforcement purpose, including any purpose related to riot control.

I would like you to pay particular attention to (b) EXCEPTIONS. (1), wherein it specifically states that American human beings may be experimented upon during peacetime when the stated purpose is “research”. Now we know darn well that “global warming” and the proposed mitigation thereof is still being “researched”. In fact, under this exception, the citizens of Oregon may be experimented upon by being subjected to the upper atmospheric spraying of toxic chemicals (aluminum and barium for example) even to the point that we fall chronically sick and in the case of elders and young kids, possibly even die without recourse to redress in court of law.

This is outrageous in the United States of America.

Just what are our young men an women dying for overseas when their friends and families are being subjected to a toxic program at home? Can you understand how frustrated we are? Although it may take a few more years, this is Love Canal on a massive scale. Tellers in the banks, checkers at Fred’s, gas attendants are all aware of what is going on and very afraid of speaking out. Yes, AFRAID in America!! Afraid to demand clean skies and health, Sir!

I would also like to know just whom the representative from the Department of Defense must report to as (and I’m sure you will agree) “Congressional committees” is a rather nebulous phrase. Does this committee meet behind closed doors or are the minutes required to be a matter of public record?

I have BC’ed my reply to you to a few caring folks; in case, Mr. Senator, you claim at some point in the future on not having been apprised of the situation.

Thank you for your time and may you enjoy a healthy summer.

12 thoughts on “Letter to Sen. Wyden: We are being Sprayed on a Daily Basis!”