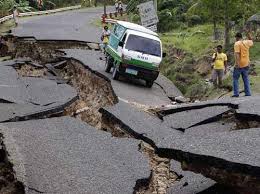 It was only a week ago that Iran was shaken by a major 6.1 earthquake, striking just 100 km away from the Busher nuclear power plant: a location so “opportune” some, so inclined, saw in this phenomenon anoter demonstration of the HAARP’s capabilities. Those same people will then hardly be surprised to learn that moments ago the entire middle east, from Dubai to Delhi, shook in the aftermath of yet another massive earthquake, this time measuring 7.8 on the Richter scale, which once again was located as the USGS reports, some 86 km East South East of Khash, Iran.

According to preliminary reports, the USGS says there is possibility of heavy damage in area of epicenter, and an estimated 359,000 people felt very strong to severe shaking. USGS also estimates that 16K may have felt ‘severe’ shaking, 343K ‘very strong’ shaking, 1.7M ‘strong’ shaking; 1.1M ‘moderate’ shaking. An Iranian official was promptly on the tape saying hundreds of dead expected from quake in southeast of country, even as the Russian company that built the Busher NPP saying there was no damage from the quake. How much more shaking can either the existing Iranian nuclear power plant, or the much maligned nuclear facility in Fordow, sustain before they go off in a big glowing mushroom cloud: that is the question.

A magnitude 7.8 earthquake has struck southeastern Iran near the border with Pakistan, reportedly killing at least 40 people with casualties expected to rise.

The US Geological Survey reported on Tuesday that the epicentre of the quake was 86km southeast of Khash, Iran.

An Iranian government official said on Tuesday he expected hundreds of deaths from the earthquake.

“It was the biggest earthquake in Iran in 40 years and we are expecting hundreds of dead,” said the official, who spoke on condition of anonymity.

Many buildings in Karachi were reportedly evacuated.

Also reporting from Islamabad, Imtiaz Tyab said that so far there have been no reported casualties in Pakistan.

In December 2003, a big earthquake struck the southern city of Bam. It killed 31,000 people – about a quarter of the population – and destroyed the city’s ancient mud-built citadel.