Maryland, Connecticut pass sweeping gun control laws. Will major gun companies leave now that their products have been made illegal? 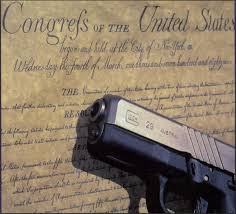 Leftists in Connecticut and Maryland have pushed through extreme and unconstitutional gun laws in the past 24 hours. The question now becomes whether or not firearms manufacturing companies in those locations will now leave states which will not allow their employees to own the very guns they build for American citizens.

Beretta USA is based in Maryland.

Both states boast smaller but important niche manufacturers and suppliers.

Of these companies, Colt, Ruger, Stag, and Beretta are immediately affected by the gun bans (they make evil “assault rifles” under Maryland and Connecticut laws), and Mossberg makes competition shotguns (like this one) that also run afoul of the law.

Beretta has mentioned in the past that they will leave if Maryland passes draconian gun control, and stated “Berettas don’t bluff.” If so, we should expect the see world’s oldest gun company packing up and moving their American operations to a free state sometime soon.

Colt likewise shutdown one day and took employees to protest the Connecticut ban, but I’m not sure if they’re seriously committed to leaving the state.

It will be interesting to see if the companies listed above, as well as smaller gun companies in these states, are merely talking the talk of defending liberty, or if they are willing to incur the expense of moving to a free state where they won’t have to be ashamed of the products they make.

5 thoughts on “Maryland, Connecticut pass sweeping gun control laws. Will major gun companies leave now that their products have been made illegal?”