Meanwhile, Here’s What The “Super-Rich” Are Rushing To Buy 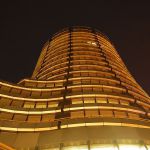 If you said shares of BABA, you’d be wrong. According to the Telegraph, the exodus out of paper wealth and into hard assets is reaching a fever pitch as the “super-rich are looking to protect their wealth through buying record numbers of “Italian job” style gold bars, according to bullion experts.”

The numbers cited by the paper are impressive: the number of 12.5kg gold bars being bought by wealthy customers has increased 243% so far this year, when compared to the same period last year, said Rob Halliday-Stein founder of BullionByPost. “These gold bars are usually stored in the vaults of central banks and are the same ones you see in the film ‘The Italian Job’,” added David Cousins, bullion executive from London based ATS Bullion.

The sales of 1kg gold bars, worth about £25,000 each, have doubled during the three months ended August, when compared to the same period last year, Telegraph reports according to ATS Bullion sales figures.

That said, sales of the more popular, and far cheaper gold coins such as the quarter ounce sovereign and one ounce Krugerrand have also doubled this year, according to figures from BullionByPost.

Mr Halliday-Stein said that while most customers arrange for secure storage of the larger bars in secret vaults operated by Brinks, some customers have taken physical delivery of the 12.5kg bars.

Would they be… Chinese customers?

But, how is it possible that as the “super rich” are supposedly rushing to buy gold that gold prices are at 2014 lows?

Simple: as the chart below shows, there is no better way to continue masking the demand for physicalgold than to keep selling paper gold, in this case via its most liquid manifestation, the GLD ETF. It is this ETF that just saw the notional value of gold “holdings” backing the paper manifestation of its “goldness”,drop to just 776 tons, the lowest since 2008 and nearly half the maximum “holdings” of 1,353 tons reached in December 2012.

In fact, as if to punctuate what we said early yesterday about the liquidation of precious metals in order to fund BABA purchases, here is the percentage change in GLD holdings on a daily basis: yesterday’s 1% drop in which some 8 paper tons of gold were firesold was a 1% drop in GLD holdings, and the second biggest daily drop in all of 2014…

… a drop which also pushed the price of paper gold to its lowest for 2014. And, a drop, which all those who are buying physical gold instead of paper, are thankful for.