Missouri Bar Gets Cease-And-Desist Order From Starbucks, Responds With Hilarious Letter And $6 Check

Starbucks is known for aggressively going after small businesses that appear to infringe on its trademark rights.

So it was no surprise that a tiny brewpub in Missouri got a cease-and-desist letter from the coffee chain after it started selling a beer called “Frappicino.”

But unlike other businesses that have quietly caved to the coffee giant’s demands, Jeff Britton, owner of Exit 6 Pub and Brewery in Cottleville, responded with a sarcastic letter and a $6 check, which he claimed was his total profit from selling three pints of the beer. He posted the letters to Facebook.

Britton addressed his response to a Starbucks attorney and “Mr Bucks” and repeatedly referred to the beer throughout as the “F Word” to avoid “risk of further lawsuits.”

“I would like for both [attorney Anessa] Owen Kramer and Mr Bucks to rest assured we meant no deception, confusion, or mistaking in the naming of the beer F Word,” Britton wrote. “We never thought that our beer drinking customers would have thought that the alcoholic beverage coming out of the tap would have actually been coffee from one of the many, many, many stores located a few blocks away. I guess that with there being a Starbucks on every corner of every block in every city that some people may think they could get a Starbucks at a local bar. So that was our mistake.”

Britton continued, “We also promise to stop production of our ‘Starbuck-McDonalds-Coca Cola-Marlboro Honey Lager’ for fear of further repercussions.”

He insisted that Starbucks apply his $6 check “towards the legal fees Ms Owen Kramer received for her efforts in nabbing Exit 6 in our dastardly F Word naming practices.”

“We realize  Mr Bucks probably paid her more than Exit 6 made last year,” Britton added. “We just want to help a business like Starbucks. Us small business owners need to stick together.”

Riding on the publicity of the letters, Exit 6 is now selling an “F Word” beer. 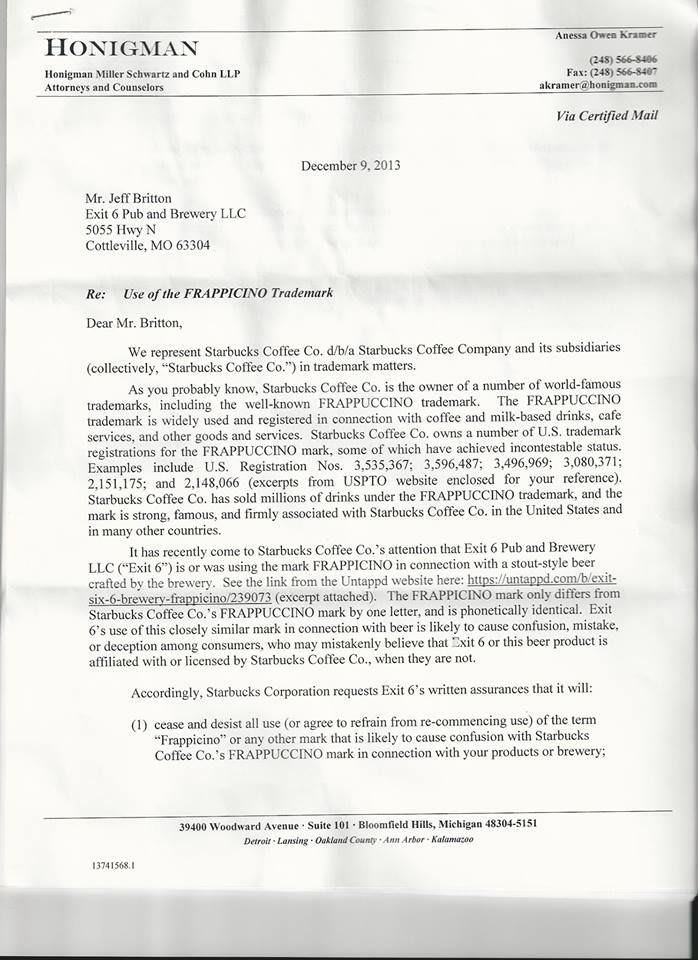 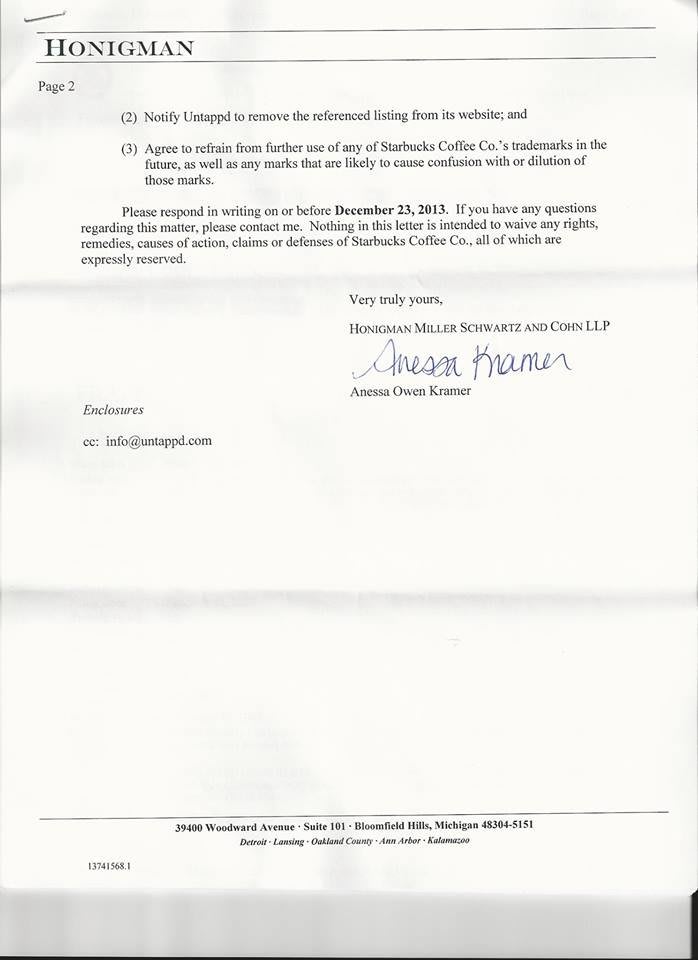 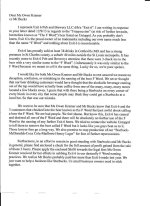 8 thoughts on “Missouri Bar Gets Cease-And-Desist Order From Starbucks, Responds With Hilarious Letter And $6 Check”