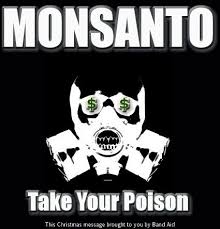 A United Nations (UN) scheme to surreptitiously seize property rights from people worldwide and pack the world’s populations into tiny micro-cities controlled by a centralized government has a new ally, Monsanto, which recently joined the so-called World Business Council for Sustainable Development (WBCSD) in pushing for the widespread implementation of the infamous “Agenda 21.”

According to The New American, Monsanto joins a cohort of major banks, oil companies, and other powerful corporate players in pushing the UN Agenda 21 scam, which plans to eliminate national and social sovereignty, and enslave humanity under the guise of “sustainability.” Personal property ownership, the ability to travel freely, the ability to live without government intrusion in every area of your life — these and many other liberties will all disappear if Agenda 21 is fully implemented as intended.

But these concepts of complete tyranny are “values” that Monsanto fully embraces, as the corporate monolith has already been actively trampling personal property rights for decades. Monsanto’s genetically-modified (GM) terminator seeds and accompanying chemical technologies, for instance, have been contaminating and destroying non-GM and organic crops for years, and the company has actually sued hundreds of farmers whose land was illegally trespassed by the company’s patented “Frankencrops.”

As part of its partnership with the UN, Monsanto will be implementing a new series of “sustainability” courses for its employees, which will be headed by Hugh Grant, the company’s CEO. Grant will also reportedly serve as a councilman on the global sustainable development coalition, the goal of which is to advance what WBCSD outspokenly refers to on its website as a “One World vision,” which will essentially transform all of humanity into the likeness of the UN’s blueprint for the world.

“The One World vision is the ultimate stage of a conceptual evolution that started decades ago,” explains the council, ominously, on its website. “This evolution produced several paradigm shifts that combine how we comprehend our world, and, as a result, how we try to deal with it.”

This ethereal rhetoric fails; however, to define precisely what the agenda actually entails. As covered recently by Michael Snyder over at Economic Collapse, Agenda 21 exploits environmental problems for the purpose of expanding government control over humanity. Individual liberties and freedoms, he writes, are ultimately sacrificed in order to meld the world into a one world government control grid, where every human activity is monitored, tracked, and controlled.

“In simplified terms, Agenda 21 is a master blueprint, or guidelines, for constructing ‘sustainable’ communities,” explains a RedState.com article published back in 2011. Adding to this, a local resident of Summit Hill, Pennsylvania, explained at a council meeting on sustainable development that the purpose of the whole scheme is to “inventory and control all land, all water, all minerals, all plants, all animals, all construction, all means of production, all information, all energy, and all human beings in the world.”

Plainly stated, this philosophy is a perfect match for the Monsanto business model, which already seeks to control all of agriculture, and eliminate the freedom of individuals to grow crops that are not patented. Monsanto also hates freedom of information, as the biotechnology giant spent more than $8 million last year to defeat the Proposition 37 ballot measure in California that would have required the labeling of GMOs at the retail level.

To learn more about Agenda 21 and how it will affect you and your family, visit:
http://www.freedomadvocates.org/

Sources for this article include: