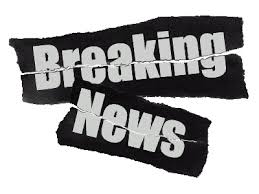 Police are searching for a suspect wanted in connection with a series of shootings that took place Wednesday morning in upstate New York. Six people are believed to have been shot, and four of those people were killed, police say.

Village of herkimer NY 3 separate shootings .. The first of three shootings took place in a house in the village of Mohawk, where a house went up in flames after shots were fired. The Fire Department responded to that scene. The suspect, however, then is believed to have fled to the neighboring village of Herkimer, and proceeded to shoot people at both a local barber shop and an oil lube shop.

Below is the latest out from the Associated Press. Stay tuned to Fox News for more updates.

Police in the Mohawk Valley are searching for a suspect after shootings at two different locations left four people dead and at least two injured.

State police tell local media outlets two unidentified people were shot and killed Wednesday morning at a car wash in the village of Herkimer and two others were killed in a barber shop in the village of Mohawk, about 65 miles east of Syracuse.

They say a total of six people were shot.

Herkimer Village police would only say that there was a shooting and a manhunt.

Herkimer County Community College and local schools are on lockdown.