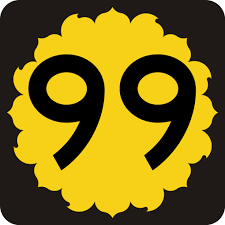 You shout this at the top of your lungs as if you know what it means. Although, if you really are rebelling – that is cutting yourself from the cord of tyrants – you are most certainly not 99% of the population. 99% may not be implementing the agenda of psychopaths, but 99% of us are also not necessarily doing anything about it. If the odds really did add up to that, the real counter-world would not have the challenge we do to get the real 99%  away from the plasma screen for more than ten minutes to look at what the government that represent them are doing. They do NOT represent me and they do NOT represent you if you can read this without cognitive dissonance.

It is an insult to anyone seriously removing themselves from tyranny to put  us in league with drooling masses currently paying tribute, working at banks, collecting the government dole, voting for tweedle dee and tweedle dumb. The rest of us have worked hard to break our dependence and that 99% do not deserve the same credit. Those who read into a small fraction of the mystery like the economy or Zionism,   and then stop looking as if they’re at the apex of the problem. The truth is that it is not some people in government, it is all government.  It is not some people in control, it is the sickness that is the need to control. And your need to be controlled is because you’re too afraid to make decisions for and defend yourself.

No, I’m afraid that if we were the 99%, the situation would not be so grave.  If that great a number were really working against control, we would already be in control of our own lives. Unless what you mean is that 99% of us are neutrally sitting around quoting relatively subversive movies like V or bitching about their money on Wall Street then, my apology, you are the 99%.

But it takes so much more than that. These bizarre circuses that excite the inherent rebellion in all of us, just enough that you feel satisfied without doing anything about your own livelihood’s dependence on tyranny. The truth is  that few of us actually want an end to tyranny because they wouldn’t know where the next meal would come from. This is because they haven’t taken the responsibility to ensure that through their own self worth, not buying power.

You have a credit card, a mortgage, you have worked for them all of your life, yet you insultingly call yourself the 99% because you can’t get a job in the food court and this is why you repeat these mind numbing memes. The point is not to bring the corporate jobs back. Do you get it yet? The point is to eliminate the need for them. Slaves that first came to this country had the exact opposite problem. Americans are most proficient at this because they have instituted the first voluntary slavery. This degrading work force where you repeat whatever equally mind numbing slogan that your respective bosses tell you to, to avoid the “horrors” of manual labor. The madness continues because we work for them more than we work for the people and ourselves.  When we lose the opportunity to  support the machine, we complain about not having the boon to mankind that is voluntary wage slavery.

No, I’m afraid that if you understand this, you are not among the 99% of us!

The alternative is to work together  in a way that soon we won’t need the outside to agree with us. If we can produce our own food and technologies then it will be soon. What they do will not affect us and it won’t be a matter of getting the controllers to stop what they are doing, it will be a mater of continuing what we do for ourselves.

Stop being someone’s wage slave.  For some of you it may require that you become SELF EMPLOYED and for others it may mean going off the grid and becoming truly SELF SUFFICIENT!

Most importantly stop being controlled by the MainStreamMedia and politicians who know all the right buzz words to activate your mind to their benefit.

From the authors of Surviving Survivalism — How to Avoid Survivalism
Culture Shock available at survivingsurvivalism.com