Obamacare Revealed as Exclusive Tax on the Middle Class 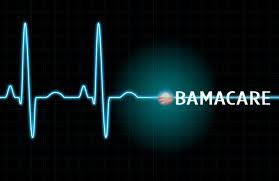 It was recently revealed that foreign nationals entering the United States as guest workers will not be subject the mandates and penalties to be implemented through Obamacare, which is to say businesses cannot be forced to provide coverage and individuals cannot be fined for refusing to purchase healthcare insurance.

This revelation comes on the heels of a rash of exemptions for big labor unions and huge international corporations based in the United States.  It has also been revealed that the Native American population, consisting of 11 million individuals, is also exempt from the dictates contained in the socialist Obamacare.  Our legislators and their staff are exempt.  And one last aspect, the impoverished have also been declared exempt.

When Obamacare was being shoved down the American peoples’ throat via the treasonous Congress and Senate working hand in glove with the treasonous insurgent president, Nancy Pelosi made the statement, “We have to pass the bill so you can find out what is in it” and the implementation has been indeed slow and incremental.

That being said, we have now reached the point to where the true reality of the purpose of Obamacare can no longer be denied.

Obamacare is in reality the largest tax increase to be implemented on what is left of our middle class since the socialist inspired New Deal.  The only ones to be subject to the mandates and penalties are the middle class.

The Affordable Care Act was written by the insurance industry who have seen their profits rise 30% to 50%, just with the implementations to date.  The so called Obamacare is in reality a back breaking tax to be levied on the middle class with the proceeds thereof to be collected by the diabolical and unconstitutional IRS, to be delivered directly to the insurance companies.

The treasonous Supreme Court has given sanction to this crime in declaring the penalty to be a tax, said tax which did originate in the Senate in direct violation of the Constitution.

This new unconstitutional immoral tax being levied exclusively on the middle class serves the purpose of further destroying the producers within our country as a part of the ongoing campaign to tear the United States down, in order that it can be reconstructed and reduced to nothing more than another communist state in the one world order.

Even the communists who have come to power in the United States, using the collective theology of democracy to infiltrate our Republic, now admit that the majority are opposed to socialized medicine as it continues to give little or nothing for more and more.

I think our last election proved beyond a shadow of a doubt that the apparatus is completely wrought with fraud.  We cannot vote our way out of this mess as the illusion of democracy has been dispelled by the assertion of hard core red communism.

If we are ever to have a free Republic again, it has become absolutely unavoidable that we are going to have to violently put down this insurgency, reestablish our borders, and eject every foreigner who has come here in violation of our laws.