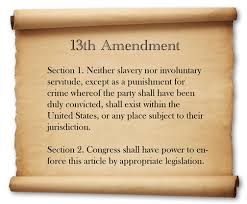 The “constitution” is a “package deal.” It’s not a group of concepts that may be accepted in part. Where those concepts are not accepted, and implemented, collectively, in toto, the “message” is that it’s just simply “not there,” at all. The “constitution” is one of those classic “all or nothing” matters.

That hardly means that this “federal” system is without limits, for it surely has limits.

It just means that the limits are within the individual’s hands to exercise.

Since the system functions commercially, the problem and the solution are both in the hands of each individual.

While the use or non-use of funny money is substantially beyond the control of individuals, the decision to “volunteer” into the various “gotcha agreements,” the “choice of law” of which is greatly influenced by the existence (and use) of the “funny money,” is 100% within the control of all individuals. It may be that one prefers life on the (commercial) plantation to life without the “gotcha agreements.” For those who are able to trust God [YAHUWAH] to provide, life off the (commercial) is certainly survivable.

All that in mind, the recent discussion about the Original 13th Amendment is just one more “perfect” case study that proves that we not only have no “constitution” now but also have never had a “constitution.”

The practical question is this: how does original language, allegedly “law of the land,” simply get removed from the printed versions?

So, what went with the Original 13th Amendment?

It was simply “edited” out.

How can that be?

Because the whole of the language was never “admissible evidence of law” in the first place.

Where only “part” is “as good as” the whole, and where the whole is a “package deal,” “all or nothing,” it follows that where part is missing, it’s not just the part that’s missing but rather the whole that’s missing.

It’s been that way from Day One.

We’re not dealing with a “constitutional” system.

We’re dealing with a “federal” system.