Please check your guns at the door: Employer rights under the Illinois Firearm Concealed Carry Act 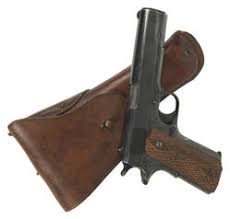 Those who have been following the Illinois Concealed fiasco, have noticed that the following subject has been receiving a lot of questions and confusion.  The Illinois State Bar Association sent this explanation to their members.  This is a clear answer.

Businesses have to post a “legal” sign, not available yet.  Signs are already being posted around Illinois now anyhow.

My personal opinion is I will not patronize any business that posts these signs. Anyone who pays attention to the news realizes that the shootings of the past few years have taken place in “gun free” zones such as schools, malls, theaters, restaurants and cities that are gun free.  Chicago’s Safe Zones, which are gun free zones within a gun free city have already seen several deaths and woundings.  “No Guns” signs tell a potential shooter that they will be safe and no one will shoot back at them.

Welcome to the communist state of Illinois…………….Paul

On July 9, 2013, the Illinois General Assembly approved Public Act 98-0063, overriding Governor Quinn’s veto, and enacting the Firearm Concealed Carry Act (“Act”). In passing the Act, the State of Illinois became the 50th state to enact legislation authorizing the concealed carrying of firearms. The Act went to effect immediately, but provides the State Police with a period of 180 days before concealed carry license applications must be made available.

The impetus for the passage of the Act was the Seventh Circuit Court of Appeals’ December 11, 2012 decision in the case of Moore v. Madigan,1 in which the Court of Appeals found Illinois’ concealed carry ban unconstitutional. In doing so, the Court of Appeals provided the Illinois legislature with 180 days “to craft a new gun law that will impose reasonable limitations, consistent with the public safety and the Second Amendment as interpreted in this opinion, on the carrying of guns in public.”2

Authorization to Carry a Concealed Firearm

Under the Act, a “concealed firearm” means “a loaded or unloaded handgun carried on or about a person completely or mostly concealed from the view of the public or on or about a person within a vehicle.” A “handgun” is defined by the Act as “any device which is designed to expel a projectile or projectiles by the action of an explosion, expansion of gas, or escape of gas that is designed to be held and fired by the use of a single hand.”

In order to obtain a concealed carry license, an individual must: (1) be at least 21 years old; (2) have a currently valid Firearm Owner’s Identification Card (“FOID Card”) and currently meet the requirements for the issuance of a FOID Card; (3) have not been convicted or found guilty of a misdemeanor involving physical force of violence or two or more DUI/DWI violations within the preceding five years; (4) not be subject to a pending arrest warrant or disqualifying criminal proceeding; (5) not have been in a residential or court-ordered treatment for alcohol/drugs within the preceding five years; and (6) complete 16 hours of required firearm training and education.

The Act contains a number of specified locations where a concealed carry license holder is prohibited from carrying a firearm. This list of prohibited areas includes any building/property under the control of a:

• The federal, state or local government or the courts;

• Establishments where more than 50% of the establishment’s gross receipts are from the sale of alcohol;

Employer Rights Under the Act

In the tradition of the Old West, the Act does allow for employers to require its employees and visitors to “please check their guns at the door” so to speak.

Specifically, the Act allows employers to prohibit the carrying of firearms on their private property as long as the employer clearly and conspicuously posts 4 x 6 inch signs, approved by the State Police, at the entrance of the property/building stating that firearms are prohibited on the property. Employers that own or operate property included on the list of prohibited areas must also post the State Police approved sign regarding the prohibition.

For any employer that wants to prohibit firearms on its property, in addition to signage, it would be prudent to have a written weapons policy restricting employees and visitors from carrying firearms in the workplace.

However, there is a parking lot exception to an employer’s ability to prohibit firearms on its property, applicable to all employers, including those included on the list of prohibited areas. The Act restricts an employer from prohibiting concealed carry license holders from being able to carry their concealed firearm on their person within a vehicle onto the employer’s parking lot and being able to store their firearm in the vehicle while parked in the employer’s parking lot. The Act also allows the concealed carry license holder the ability to carry the concealed firearm in the immediate area surrounding his/her vehicle in the parking lot for the limited purpose of storing or retrieving the firearm within the vehicle’s trunk.

The Act provides those employers not included on the list of prohibited areas with the flexibility to determine whether or not they wish to permit employees and visitors with concealed carry licenses to carry concealed firearms in the workplace. Whatever decision the employer makes, it is prudent that the employer implements a weapons policy and clearly communicates the policy to its employees and visitors. For those employers that want its employees to “please check their guns at the door,’ or must do so as an employer on the list of prohibited areas, in addition to implementing and communicating a weapons policy, the employers must post signage in compliance with the Act. ■