Police: Robbers Tell Man, ‘This Is For Trayvon Martin’ 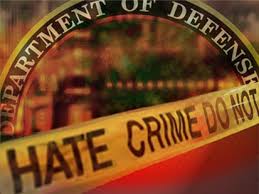 A weekend robbery in a racially diverse neighborhood of Washington may have been a hate crime, police said.

“This is for Trayvon Martin,” one of the three black men told a white man as they approached him early Saturday, according to Washington Metropolitan Police Officer Anthony Clay.

The men kicked the adult white male as they took his iPhone and wallet, Clay said Sunday.

The media get what they want and the Trayvon Martin media circus backlash continues.  Under Obama, the racial divide has widened.  Only 52 percent of whites and 38 percent of blacks have a favorable opinion of race relations in the country, according to the poll, which has tracked race relations since 1994 and was conducted in mid-July by Hart Research Associations and Public Opinion Strategies.

That’s a sharp drop from the beginning of Obama’s first term, when 79 percent of whites and 63 percent of blacks held a favorable view of American race relations.

So we know one of the many agendas for which Obama was put into office in the first place.  The gap was closing and they couldnt have that so they needed a catalyst which was Trayvon Martin and Obama getting involved in it.  Why these men in particular felt robbing a white guy was ‘justice for trayvon’ i dont know.  A crime is not justice.  Especially petty crime.  There are better ways to voice your anger and better directions to direct it at.  -Mort

5 thoughts on “Police: Robbers Tell Man, ‘This Is For Trayvon Martin’”