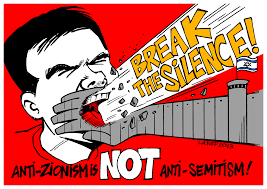 Do you belong to a political discussion or activist group that has a moderator who forbids or censors any conversation relating to Zionism and/or Jews in general?

Maybe he insists that it’s offensive, or that it deters membership, or that it hurts the cause, but the fact of the matter is that he’s part of the false-opposition system that’s maintained by both government agents and Zionist organizations, and their goal is to corral as many activists as they can into their groups, and make sure that whatever time they have to devote to political activism is wasted in futile efforts.

I don’t hate Jews, or anyone else for that matter, but the fact of the matter is that no honest or meaningful political discussion can occur that doesn’t examine the Zionists’ role in our present problems, and how they’ve kept that role hidden by controlling most of the information available to Americans, as well as controlling most of the “political activist groups”. And as Zionism is a Jewish political movement, it’s also impossible to address Zionism without touching upon Judaism too. These are the facts of today’s reality. They’re NOT an example of “anti-Semitism”, and nor are they motivated by hatred, or even dislike of any race, religion, or ethnic group.

Can someone please tell me of even ONE significant problem we face today that doesn’t have Zionism, and the Zionist movement as its foundation and catalyst? Is it necessary to again list all of the horrors they’ve committed over the last hundred years, and explain how what’s happening today is just the latest orchestration of the same old plan, or doesn’t everyone see that by now? Hasn’t the history of the last century’s horrors been orchestrated by Zionists, as outlined a century ago in the Protocols of Zion? If you understand that’s what’s happening, why are you afraid to discuss these things, and why would someone want to prevent you from discussing these things?

Any political discussion that doesn’t examine Zionism is only an effort to distract you from honestly addressing today’s problems, and prevent you from knowing the truth. It’s not racism, bigotry, anti-Semitism, or hate. Zionism is the political movement that has usurped our government, destroyed our economy, deceived the population, poisoned our food and medicine, instigated and profited from all the wars, and to this day is draining the last of the resources from this country before sending all of us down the third-world tubes. If you’re avoiding discussion of these facts you may as well be talking to a wall, and the only way you’ll get to the bottom of anything, would be by falling to the floor.

If you belong to a political discussion group that refuses to discuss the common denominator behind all of the problems we face, you may as well spend your time being brainwashed by the tube, because the discussion is only an attempt to sweep truth under the rug, and can therefore never amount to anything useful or important. Do you know of any problems that have ever been solved by avoiding all of the relevant facts? Is there much sense in discussing our political problems if you’re going to ignore who’s causing them?

Anyone who runs a “political activist group” that refuses to address the obvious, and documented causes of all the problems we face as a people, is only trying to deceive Americans who are concerned about our future, and is also working toward the downfall of this country. That much should be obvious enough.

The truth isn’t “politically correct” and in fact, it happens to be downright racist, because the race we belong to (black or white) is what’s being attacked, as well as all that America stands for in the same stroke. Black people need to avoid being convinced that “whitey” is their enemy, because that’s only another Zionist attempt to employ a century-old divide and conquer technique. Consider who wrote the history before you choose to believe it, and by now you should have discovered that you need to find alternative sources of history, as well as news.

The truth also isn’t subject to anyone’s bias or opinion. Facts are facts, and if you claim to be interested in the truth of any matter, you’re going to have to accept the facts as you discover them, and follow them to their logical conclusion. Anyone who tries to undermine that process, is obviously working to hide the truth, and is therefore just another enemy of this nation.

Now I’m only stating the obvious here, and the proof of my claims is well-documented, but there will undoubtedly be many people accusing me of being “a bigot, a hater, an anti-Semite, a Nazi, blah, blah, blah, but I’d welcome any debate that tries to prove me wrong. Unfortunately, any honest debate will only give me a forum to prove that I’m right, so the dissenting argument never appears. I only hear cowardly name-calling from a distance, from people who work to hide the truth and hurt our cause. And our cause isn’t “anti-Semitic”. It’s pro-American, and America happens to be under attack by Zionists. I certainly didn’t arrange any of the political developments of today, or the last century, but I am going to continue to tell the truth about them, and continue to expose those who tells the lies. That’s what a “truth movement” is all about.   — Jolly Roger