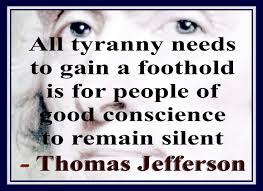 History is replete with examples of government creating a problem by intervening in people’s business and then proposing a government solution to the problem that government itself has created.  Usually this sort of con is used not only to loot the public, but also to expand the power of government.  The Progressive Movement here in these presently united States, which started toward the tail end of the 19th century and which is still active today, is a perfect example.  Progressivism was sold to the public based on the idea that mankind could be ‘perfected’ by just the right legislation and regulation.  Rather than adhere to the Enlightenment idea of leaving people alone, letting them trade independently, and minimalizing government intrusion into the market, Progressives preferred to attempt to use the power of government to correct what they stated were “Flaws” in the free market.

One set of instructive examples are the various anti-trust laws, touted by Progressives as “Protecting the small businessman from the large corporations!”  The first of these laws I believe was passed in Missouri, to prevent the ‘beef trust’ (which was largely a figment of the imagination of the politicians of the day) from driving the free-range ranchers out of business.  The idea was to keep the ranchers from having to compete against the more efficient Swift Company.

The beef anti-trust laws were passed to prevent anyone from charging less than their competition.  Seriously.  One would think that the glaring flaws of this idea would be immediately obvious to even an idiot, or a State legislator, (but I repeat myself.) but one would be wrong, for the law passed.  It is noteworthy that it did so under tremendous pressure from various lobbying organizations representing small ranchers who were desperately seeking relief from reality.  All that they managed to do was to change a large efficient meatpacking company into a gargantuan force that became largely unstoppable.

Having been forced to swallow a huge increase in their profit margin, a profit provided unwillingly by their customers, the Swift company proceeded to become a dominant force in the meat packing business and ultimately drove many of the small ranchers out of business anyway, further consolidating their vertical integration.  The exorbitant profits guaranteed by government regulation created a colossus with which nobody could compete, and which could afford to buy legislative favors as hors-d’ouvres.

The Swift Company was subsequently held up as an example of a company which had grown too big under ‘Free Market’ capitalism, and was used as motivation to pass Federal anti-trust laws.  See what I mean about government being a disease masquerading as it’s own cure?

This use of government to extort profits from otherwise free markets was not lost on other large companies, which proceeded to lobby various state and federal legislators for similar ‘anti-trust’ legislation.  Presently, it is unlawful in these united States to charge less than the competition, the same price as the competition, or more than the competition.  If this sounds insane, welcome to the world of anti-trust law.

Far from being the defender of the small businessman, Progressive anti-trust rules and other more recent regulation have made it very difficult for a small business to enter the marketplace and succeed; the legal costs of defending against anti-trust prosecutions can, and have, bankrupted many start-up businesses.  Antitrust laws are used by large established firms to restrain entry into the marketplace, and by government to coerce targeted corporations into cooperation with various and sundry infringements on their legitimate rights.  I’ve never heard exactly what Bill Gates had or had not done to annoy the Federal government, but he had a run-in with the Sherman Anti-trust laws a few years ago.  The threat of an anti-trust action is a powerful incentive to cooperate with the regime.  Is this a failure, or is it success?

Antitrust laws are only one example of Progressive tyranny;  Prohibition, which made criminals rich and established a permanent criminal organization, is another example.  Fortunately, the insanity of trying to legislate beverage choices eventually became so obvious that it was repealed.  A rare blow struck for freedom;  one wishes that the present Mayor of New York City had studied history.  However, the repeal of Federal prohibition kicked off the next attempts at Progressive ‘improvement.’

Enter the current war on drugs.  Started in 1914 with the Pure Food and Drug Act, in the aftermath of the repeal of alcohol prohibition the authorities began to expand and aggressively enforce the prohibition of “dangerous drugs” (what are those, exactly?  Aspirin?  Tylenol?  Antibiotics?  By what principle are such things defined?) This aggressive enforcement hasn’t done much to decrease drug use,  but we have succeeded in enriching murderous thugs by creating legal barriers to entry for recreational substances and provided an endless source of employment for tens of thousands of ‘law enforcement’ officers.

We have created a system which provides massive financial incentives for the drug cartels to create, import and sell the most addictive substances that they can to whomever they can attract.  Usually the young.  Then there are the infringements upon our Constitutionally guaranteed rights, which have largely eviscerated that protection against arbitrary police power.  I’m told by law enforcement acquaintances involved in the drug war that the inflation adjusted price of most recreational substances has been steady or decreased over the last couple of decades, so if your goal is reduction of drug use and the protection of the young from the predatory efforts of the local illegal drug dealer (and you DO have a local illegal drug dealer, regardless of where you live,) then the ‘War on Drugs’ has been lost.

If however your goal is the expansion of governmental power and destruction of the rights of the individual, then the ‘drug war’ has been a stunning success.  The fact that the “War on Drugs” has succeeded only in enriching thugs and policemen, destroying Constitutional protection of our rights as Americans, and impoverishing the American middle class is never discussed.  Is the War on Drugs a failure or a success?

Another outgrowth of Prohibition was the assault on the individual right to own and carry weapons, guaranteed here in these presently united States by the Second Amendment to the Constitution.  This commenced under Roosevelt the Second by passage of the National FIrearms Act of 1934, which outlawed unregulated purchase of machine guns, a Rooseveltian imitation of the legislation from the home of one of FDR’s most admired leaders, Joseph Stalin, and which originally banned handguns, as well.  The handgun ban was stripped out of NFA 34 by widespread protests from women’s rights organizations, who correctly saw that such a ban would seriously undercut women’s self-reliance, but the remainder of this odious act was sold as a “law and order” solution, which did nothing except provide employment for Federal agents thrown out of work by the end of Prohibition.

This first attack was followed 30 years later by the Gun Control Act of 1968, which copied and implemented German weapons control laws enacted during the 1920s and 1930s, and which laws the ‘Progressive’ National Socialist Worker’s Party used to ensure that German Jews did not have the means to defend themselves against the Holocaust.  Yes, GCA68 is an almost word for word translation of Nazi law.

GCA 68 has been followed by a plethora of infringements and restrictions, most passed in the wake of criminal atrocities enabled by earlier and less stringent restrictions on the individual right to carry weapons.  When presented with the horrible fruits of their efforts, the Progressive response has always been “Well, we need MORE constraints to make the policy work!”  There are somewhere in excess of 20,000 laws restricting firearms ownership here in the USA.  What is interesting is to note the strong correlation between individual helplessness and violent crime;  in those areas where people do not possess arms or the right to carry them, violent crime soars.  Is this failure, or success?

The recent tragedy in Boston illustrates the failure of the “War on Terror.”  Frederick Forsyth, in his 1960’s novel “the Day of the Jackal”  pointed out the inability of the surveillance state to stop a murderous assault.  Leaderless cells can carry out, and have carried out, attacks in countries around the world, even the most totalitarian.  The government knows this, so why this push for more controls, more infringement on our rights when there is no possibility of such measures being successful in their stated purpose?  The answer may be seen in the aftermath of the Boston bombing, when the Boston Metro area was shut down by illegal diktat. The residents of Watertown were subjected to the grossest sort of unConstitutional military invasion, an invasion which, unlike the last such, did not result in thousands of minutemen rushing to the area to decimate the invaders with fire from their personally owned assault weapons.  John Parker must be weeping in rage from Heaven, but the point here is that the Boston attack was used as an excuse to justify the rape of our personal freedoms.  What will be the excuse next time?  We can expect the violation of the Constitution to be even worse, next time.  Is the ‘War on Terror’ a failure or a success?  Again, this depends on your goals.

(The best defense against any sort of criminal activity is an armed, informed, self-reliant populace, but that does not serve the Progressive goal of government growth.  If everyone minded their own business and took care of themselves and their neighbors, what would a busybody do?  It is instructive to note that the alleged terrorist being sought was found hiding in a boat by a private citizen AFTER the criminal lockdown had ended.  How much sooner would this alleged perpetrator been found if people had been free to pursue their normal activities? How far would these alleged perpetrators have gotten in flyover country?  It is not coincidence that this attack was carried out in a State where people are largely disarmed and docile.  Sheep get sheared, and sometimes butchered.)

The fact is that about 1 to 3 percent of the population is willing to initiate criminal violence, and there is no possibility of a government police power strong enough to prevent that, under any circumstance.  The fact also is that the police have no legal, ethical or moral obligation to protect any specific individual.    Here, again, we see the Progressive movement, like an anaconda, using the failures of their previous policies to throw another coil around American liberty, and squeeze a little more freedom out of us.

There are literally hundreds, if not thousands of examples I could cite and I could go on in this vein for thousands of pages, but the point is that the ultimate result of ‘Progressive’ legislation is a totalitarian police state.  Is that your goal?  Is that what you want the future to look like?

What is the only legitimate function of government?  To protect the rights of the individual.  If the government not only fails to act to protect our rights, but acts to destroy them, is that government legitimate?  Do you want to continue the progress of these presently united States towards totalitarian tyranny?

What is to be done?  This, gentle reader, is up to you.  I can show you the path back to liberty, but only you can walk it.

With regard to all who serve the Light,

One thought on “Progressive Tyranny”