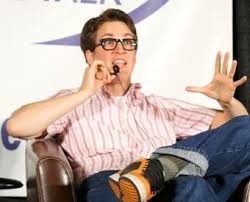 MSNBC’s Rachel Maddow, that oily man trapped in an oily woman’s body, put forth the most stupid argument for gun confiscation, yesterday, that I have ever heard.   A picture of a Carcano M91/38 bolt-action rifle appeared on the screen.  Rachel said, “This was the most popular foreign firearm, originally manufactured for military purposes that was sold in the United States at the time that John F. Kennedy introduced the bill that would have banned the sale of this gun.”

A picture of Lee Harvey Oswald then appeared on the screen and Rachel continued, “Want to get a better look at this gun, here’s another view.  The man holding the rifle in this photo, is Lee Harvey Oswald, who went on of course to kill John F. Kennedy with that gun in 1963.  Mr. Oswald bought that gun, by mail, legally, using a coupon that he clipped out of the American Rifleman Magazine, which is the magazine of the NRA.” 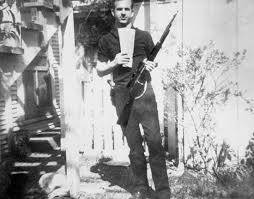 For all you people who consider the mainstream propaganda a credible news source, here are the facts in this matter.

The Carcano M91/38 bolt-action rifle was a cheaply made sorry piece of junk with a short barrel that was not noted in any way for its accuracy.  It was a number one seller because at the time it was the cheapest piece of foreign junk on the market and with the coupon from the American Rifleman Magazine, it was an even cheaper piece of junk.

Note: the fact is the NRA at that time was all for gun bans.  This from Salon:

In November 1963, Lee Harvey Oswald shot and killed President John F. Kennedy with an Italian military surplus rifle that Owsald bought from a mail-order ad in the NRA’s American Rifleman magazine. In congressional hearings that soon followed, NRA Executive Vice-President Frankin Orth supported a ban in mail-order sales, saying, “We do think that any sane American, who calls himself an American, can object to placing into this bill the instrument which killed the president of the United States.”

Note: The proposed ban in 1963 did not target any specific rifle or rifles because of cosmetic makeup, but rather was to be a ban on mail order gun purchases for minors.

Lee Harvey Oswald was ex-Marine and active CIA.  No person familiar with long range rifles would have chosen the Carcano M91/38 bolt-action rifle if it was his intent to engage a long range target, especially a moving target.  Readily available was the 30-06 Springfield, designed by the US military as a long range sniper rifle and in 1963, they could be bought cheap as they were military surplus.  To this day the Springfield remains a top of the line sniper rifle.

The Carcano M91/38 bolt-action rifle served the purpose it was purchased for and that was to be thrown down on the floor of the Book Depository along with three spent shells in order to provide a patsy for the shooters on the grassy knoll.

Rachel Maddow’s piece was pure propaganda and anyone who gives her the slightest credibility is a gullible fool and the fact that she is a mainstream host proves that the mainstream media is 110% corrupt.  Rachel is just another soviet socialist insurgent.

Here is the only information I could find on the legislation Rachel says Kenney introduced.  Keep in mind that only members of Congress can introduce legislation.

Five days after the assassination of John F. Kennedy, Senator Dodd amended his bill to cover mail order traffic in shotguns and rifles. The bill died in the Senate Commerce Committee in 1964, but the forces leading to the adoption of the Gun Control Act of 1968 were already at work.

So, as a thinking person, what do you believe?  That a lone communist sympathizer killed Kennedy because the Russians were upset over the Cuban Missile Crisis?  Or do you think that maybe the CIA, FBI, and the Federal Reserve, you know, the international corporate mafia, et.al. had him snuffed because he was going to shut them down?

Rachel Maddow is a charlatan dike that would put forth any misrepresentation she could dream up to advance the cause of her Zionist masters.

And what did John F. Kennedy say about gun control?

By calling attention to ‘a well regulated militia,’ the ‘security’ of the nation, and the right of each citizen ‘to keep and bear arms,’ our founding fathers recognized the essentially civilian nature of our economy. Although it is extremely unlikely that the fears of governmental tyranny which gave rise to the Second Amendment will ever be a major danger to our nation, the Amendment still remains an important declaration of our basic civilian-military relationships, in which every citizen must be ready to participate in the defense of his country. For that reason I believe the Second Amendment will always be important.

Not even a nice try, Rachel, and absolutely ‘No Sale’.