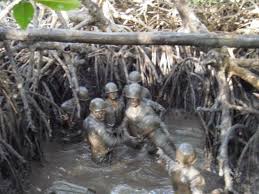 I don’t know if my perception is skewed by what I read, but it seems to me that a lot of people in the Liberty movement believe that conducting light infantry style operations will be something that comes naturally. I think that this is a dangerous and foolish notion on both a tactical and strategic level.  Scotland would be free if Scots could work together beyond the clan level.

But you will do a Recon as a leader, as a rifleman, as a grenadier, as a SAW gunner, as a machine gunner pulling security.  You will do a raid as a Platoon leader, squad leader, platoon sergeant, team leader, RTO and Medic.  You will do an ambush and learn every damn job in the platoon until you can do it when you are so tired you have auditory and visual hallucinations.

Don’t get the wrong impression, there are a thousand things that can go wrong conducting the basics, and a gajillion different variations on the themes (do your air assault in or use a zodiac?  or both?) but what it boiled down to is simply conduct a recon, raid, or ambush.

Here is what a raid looked like if whittled down to the absolute minimum.

In an established patrol base.
Receive the mission.
Plan the mission using Troop Leading Procedures (TLPs) and Operations Order production.
The plan would include: order of movement, movement technique and security, contingencies, communications PACE (primary, alternate, contingency, emergency) plan, roles and responsibilities, planned checkpoints and rally points, and a go to hell plan.
Once you briefed the plan to your platoon internal leadership you began movement.
Once you got to the Objective Rally Point you would set security, drop rucks, and push out recon.
Once recon was finished objective security would be set.
Once objective security was set the support by fire position would be emplaced.
Once SBF was in position the main assault force would be emplaced.
At some point the trigger to start shooting would happen (covered in the plan).
At some point leadership would control the movement of forces through the assault to clear the objective.
At some point leadership would control exfil off the objective to the Objective Rally Point.
Rucks gathered back up.
Move to a new location and establish a patrol base.

Things I didn’t talk about, sand table, rehearsals, head counts, react to contact during movement.  All the little details that give Ranger School students “go/no go” grades for the different roles and associated responsibilities.

I bring this up because the current generation of Soldiers has spent the bulk of their career at war, and at war units adopt “Tactics, Techniques, and Procedures” that work in their Area of Operations, with the equipment they have to work with.  They figure that if it worked for them once, it will work for them again.

If you asked a grunt soldier in a Stryker unit how to conduct a raid I bet you dimes to donuts that the answer you would get is, “breach the wall with a Stryker, drop ramp, stack on the door, enter and clear.”  If you asked that grunt’s Platoon Sergeant he would say, “roll in the outer security, breach with a Stryker and set up immediate security for the entry team.”  And if you asked the Company Commander I think you have a 50% chance of getting an answer that is close to what the doctrinal answer on how to conduct a raid is.

Now we joke about “Doctrine Man” and how he comes down to make simple shit complicated.  However, if you don’t know the right way to do things, you won’t know when you are doing something wrong and putting people at risk without necessity.  Everything we do is a balance between risk and success, and doctrine is about knowing the least risky way to do something.

I wasn’t too far out of Officer Basic Course when my Battalion Commander stumped his entire battalion’s worth of Lieutenants by asking, “what is the maximum length of time that a SAW gunner can rapid fire on a basic combat load?”  It is a pretty simple question isn’t it?  Why did we not know?  Because we didn’t know doctrine, and we didn’t know how to plan to use that soldier and his weapon to the utmost utility.  It was an eye opener for me, a Ranger school graduate and leader of men, that I didn’t have that answer handy.  I did know where to look it up, as did everyone else in the room.  But knowing where to find an answer is not the same as being competent at your job.

I have been a part of Platoon, Company, Battalion, and Brigade level planning now.  One thing I have learned is that the people who know doctrine are the ones who make the best plans.  The ones who use good ideas and guesses end up planning the same operation two or three times as reality forces them to adjust.

I’ve learned that any plan that requires independent thought of a subordinate during a planning phase is going to fail.  Subordinates are great at thinking on their feet during the execution to get things done, but they generally suck at planning on their own.  Checklists are your friend, they help super studs and zero duds alike perform the same task to standard (Ranger School is all about following the checklist, the checklists are there for a reason, use them).

So ask yourself, if Rangers spend 62 days in the suck just to learn how to perform a Raid, Ambush, and Recon to standard when they are cold, tired, wet, and hungry, how damn important is it to know basic doctrine and follow the checklists?  Something to think about anyways. And why does it suck so much?  Because it isn’t about Recons Raids or Ambushes, it is about working together.  Gung Ho means work together.  Work as a cohesive team, even when you are at your weakest.

So, what school exists for the “lone wolf” among the elite units?  The only thing I can think of is the CAG selection course where individual initiative and performance is the deciding factor (so I’ve been told, when I went through SFAS back in 2001 they were using a selection standard more similar to CAGs).  However, even if you get selected for CAG, you still have to go through the Q Course where it is all about teamwork.

I don’t know about all of human history, but from what I know of warfare, “lone wolf” actors have never been decisive in the outcome of a revolution.  So having “tribe” or “clan” is good.  Having a unified political presence is decisive.  In the Revolutionary War General Washington lost more battles than not.  In WWII after Pearl Harbor we got our asses handed to us straight for 18 months.  Remember that winning a war isn’t always about killing the other guy, it is about being the last one standing.  And most insurgencies go along the same way, the insurgents die in disproportionate amounts to the superpower, but the superpower decides to go away.

Think about it this way: if you take the kill/loss ratio from the US experience in Vietnam, and apply it to the current US political atmosphere against the “Three Percent” then there would be not enough Three Percenters left at the end of the war to have a political voice.  There may be a few lone wolves howling at the moon, but they will be dismissed.

War is bloody politics.  Politics is just people trying to work together, often to gain power over other people.  And politics is “mostly” bloodless war.