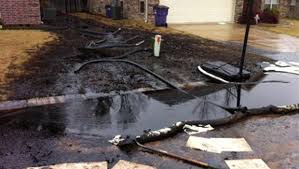 Big Oil and other dirty polluters are pulling out all the stops to get the Keystone XL tar sands pipeline built. They know that a final decision from the Obama administration is expected this year and they see an opening to get it done.

But we have something that Big Oil doesn’t — people power. Until April 22, the State Department will be accepting public comments about whether they should approve or reject this dirty pipeline. We can win this fight if we can overwhelm them with comments opposing this harmful pipeline. Will you help us make that happen?

Fill in your info here to send your comment to Secretary Kerry now.

This dirty pipeline poses a threat to the environment, our climate, and American families. Since tar sands oil creates even more global warming pollution than traditional oil production, it would worsen the climate crisis — without lowering gas prices or increasing U.S. energy security. Families across America have already endured immense hardship as a result of the climate change-fueled droughts, storms, floods, and wildfires we’ve seen this past year. Now is the time to advance climate solutions, not develop the dirtiest oil on earth that will only make climate change even worse.

Beyond the effects on our climate, this dangerous pipeline would also put the water supply of millions of Americans at risk. The massive Exxon Mobil spill in Arkansas this past week provided a tragic reminder of the types of risks we would run by allowing the Keystone XL pipeline to be built. We cannot allow any more of the dirtiest, most toxic oil on earth to spill into our lands and waterways.

TransCanada has tried to downplay the risks of an oil spill, but they said the same thing about their last pipeline, which spilled 12 times in its first year of operation. Since this pipeline would run through the heartland of America, a spill could contaminate important sources of drinking water, displace families from their homes, and jeopardize farmers and ranchers’ way of life.

Please protect our planet for future generations by revising your environmental impact statement to reflect what we all know to be true: that the Keystone XL pipeline is all risk and no reward.

4 thoughts on “Stop the Keystone Pipeline”