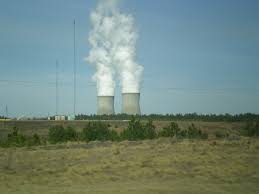 WASHINGTON – February 25 – Was a $100,000 inaugural contribution linked to a utility’s newfound optimism about receiving an $8.3 billion federal loan guarantee?

We need more information to answer that question, but it sure seems fishy.

A Southern Co. executive told an audience at a Washington, D.C., conference last week that he is “newly optimistic” about receiving an $8.3 billion loan guarantee to build new nuclear reactors at a Georgia plant. The executive vice president of nuclear development, Joseph Miller, said he thinks the company can seal the deal by mid-year.

The statement came after the company gave $100,000 to President Barack Obama’s inaugural committee to help pay for festivities.

The timing is suspicious. Are the donation and optimism linked? It’s hard to tell. Decision-making about the loan guarantee program is cloaked in secrecy. But it is clear that robust financial assessments, not political decisions, should drive funding decisions and the terms of government loans, which should protect taxpayers.

Southern wants the money to build two new reactors at Plant Vogtle near Augusta, Ga. – the first new reactors built in this country in three decades. Given the high cost of new nuclear reactors, and the fact that the project already has encountered cost overruns, the taxpayer assistance is very important to the company.

The Obama administration should halt its negotiations with Southern Co. until a full record of all communications between Southern, its lobbyists and its lawyers, and all relevant agencies and the White House, is released to the public. Transparency is imperative to ensure public confidence in the process and ensure that this deal doesn’t stink like, well, rotten fish.

Public Citizen is a national, nonprofit consumer advocacy organization founded in 1971 to represent consumer interests in Congress, the executive branch and the courts.