The American National’s Responsibility Under the Law 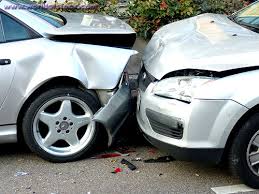 When we are involved in a traffic accident, the so called law requires that we fill out an accident report and exchange insurance information and if we fail to comply with this so called law, we face stiff fines and penalties, and even possibly jail time.

On February 26, 2013, Department of Homeland Security Director Janet Napolitano directed ICE to begin releasing foreign criminals from our jails that were on their way to being deported back to their home countries as US law dictates they must be. Napolitano gave the excuse that because of the sequester the finances just weren’t there to carry out the law.

Going back to our fender bender, how would it be if an American national failed to file the accident report, saying because of the jump in my taxes, I could not afford to mail it?  Do you think that would be okay?

The fact that the million and one laws that have been created to control we the people are becoming more absolute every day, as the soviet socialist insurgency declares itself bound by no law, is undeniable to the point that unconstitutional government policy is being used to restrain American nationals as the foreign invaders are taking everything we have.

Last week it was revealed that US taxpayer dollars are being spent to advertise US food stamps in Mexico.  What will it take to finally get it through every American’s head that we are experiencing a foreign takeover of our country, designed to impoverish and enslave our people?  And once we have fully come to grips with this reality, what are we to do to curtail the situation when those who are supposed to represent us have instead condemned us and embraced the invasion?

The only answer is a strait up conflict between the American people and the usurpers, and well our enemies know this as more and more every day, those who apply logic to the current situation are being branded as hate groups.  How dare we hate invaders coming in our country to displace us?  How racist this has to be, as the invaders are foreign nationals.  How insane is this situation going to get before total chaos will represent the only pathway back to normalcy.

2 thoughts on “The American National’s Responsibility Under the Law”